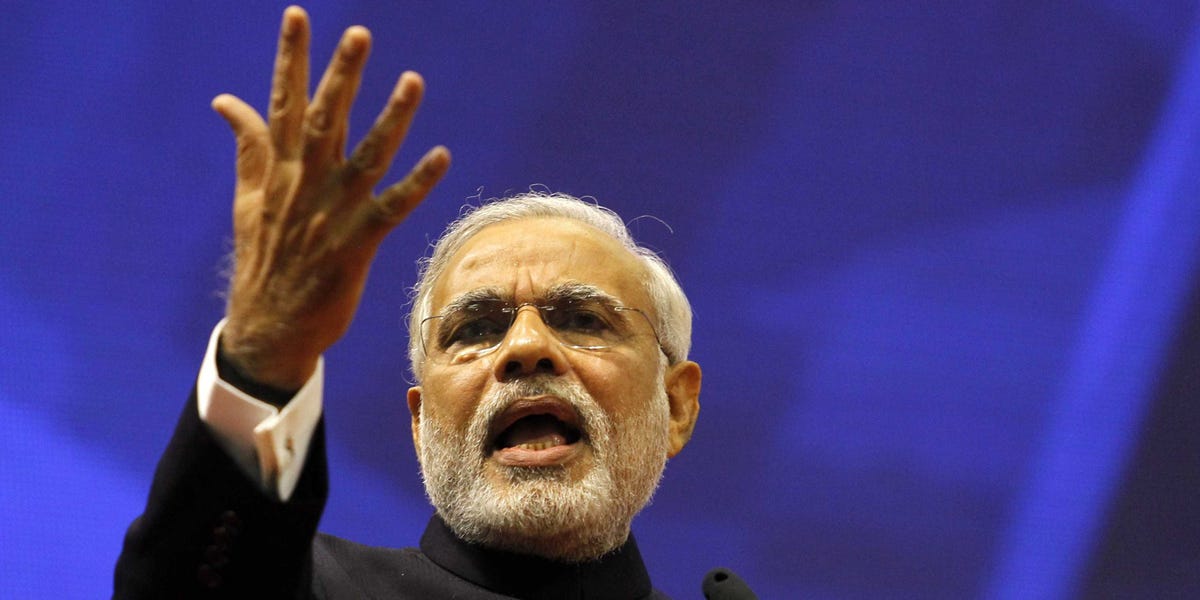 Wh​y India​ banned​ TikTok​ — and what the US can learn from it,​ as pressure mounts for Biden to follow suit

India ban​ned TikTok​, majorly boosting Meta ​&​ YouTube ​and sending shockwaves across its tech sector.​​ Here's what the US can learn from the move.

It hardly seems possible that TikTok could be banned in the United States. But it's getting likelier by the day.

Mark Mahaney, the respected internet analyst with Evercore ISI, told Insider that while TikTok doesn't have a "greater than 50% chance of getting banned" in the US, the percentage has risen in the past six months as scrutiny has deepened over the app's ties to ByteDance, its China-based owner.

And American regulators have one big thing they can point to in seeking that dramatic action. In a recent interview with The Economic Times, an Indian newspaper, Brendan Carr, a commissioner on the Federal Communications Commission, described India's ban on TikTok as an "incredibly important precedent" and a "guide star" for other countries.

Why did India ban TikTok?

In 2020, after a geopolitical dispute with China, India banned the app entirely, citing a law that allows the government to block websites and apps in the interest of the country's "sovereignty and integrity."

Mark Shmulik, a Bernstein analyst, said that as political pressure builds for the US to follow suit, India's actions are "a useful proxy" because its a huge market similar to the US that has banned "an app that's at the top of its popularity."

What we learned from the India situation, the analysts say, is that banning TikTok would likely be a huge boon to rivals like Instagram, YouTube, and Snapchat — but it would also complicate doing business internationally.

What happened when India banned TikTok

In the summer of 2020, India banned 59 Chinese apps including TikTok, WeChat, Weibo, and QQ, an instant-messaging service owned by the internet giant Tencent. At the time, TikTok had nearly 200 million users in India and considered the country its biggest market outside of the US.

Analysts at Bernstein wrote in a note to clients that the ban on TikTok didn't slow down the adoption of short-form video content on social media and gave more market share to competitors like Snapchat, Instagram Reels, and YouTube Shorts. It also gave way for the rise of several homegrown Indian apps.

"Instagram was the biggest beneficiary of the ban," the Bernstein analysts wrote. "Since India is a prime market for the major internet players with plenty of monetization potential, Meta and Google have been capitalizing on the void left by TikTok."

At the time of the ban, business experts told Insider that it had consequences for Indian citizens employed by the apps as engineers, customer-service agents, supervisors, and salespeople.

Those experts have also suggested that India's decision to impose such a sweeping ban on apps owned by businesses in another country could scare away international investment in the country's fast-growing tech sector. After all, they said, the government has proved its power to remove access to apps without much recourse.

"The decision to ban was taken way too quickly without considering the impact that it would have," Amit Jangir, a cofounder of Karbon Card, a fintech startup based in Shanghai, told Insider in 2020. "I'm afraid that a lot of overseas investors will now be reluctant or hesitant given that policy changes can be so drastic."

While the situation wouldn't be exactly the same, the US might face these questions if it decides to ban TikTok.

Will the US ban TikTok?

It's unclear how many users TikTok has in the US. In September 2021, TikTok said it had 1 billion active global users, and it's since grown in popularity.

State governments across the US have banned the use of TikTok on government devices, and the federal government recently banned it on all federally owned devices, citing fears that Chinese authorities could access sensitive information via the app. Some Wall Street analysts think corporations will ban TikTok on company-owned devices, if they haven't already.

Carr and others calling for the US to ban TikTok entirely have suggested that the only way to solve the national security issue raised by the app is through a so-called blanket ban. Carr is, notably, the senior Republican on the FCC, so his views don't necessarily reflect those of President Joe Biden or his administration.

Several analysts have argued that since TikTok is hugely popular with young voters, who tend to skew Democratic, the Biden administration likely wouldn't want to risk losing them by pursuing a ban.

But analysts also believe that the situation could change dramatically depending on the state of the US's relationship with China.

"At some level it's very linked to US-Chinese government relations," Mahaney said. "So if that continues to deteriorate, I can't imagine that that that doesn't increase the odds of some sort of TikTok ban."