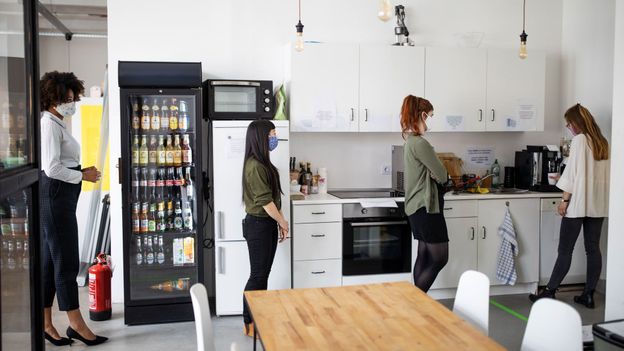 What happens when your office has changed for the worse?

Some people have been eagerly anticipating the return to the office. Except the office doesn't feel the same as it did before.

Like most people, Scottie Lantgen thought he’d be away from the office for just a couple of weeks when the pandemic began in early 2020.

A year on, the 36-year-old, a senior copywriter at an advertising agency in Kansas City, Missouri, US, was finding home working tough. “Every day was the same,” he says. “I’d wake up, work five feet from where I slept, and work out at home. I just wouldn’t leave my house. It was so draining, and the ability to have a difference between a work life and a home life was something I desperately wanted again.”

So, in June, when his firm announced fully vaccinated employees could return to the office, Lantgen “jumped on it”. But after the initial excitement, he says, being back became underwhelming. “There were a lot of people who were really excited to come in, everyone was hugging and talking. But things petered off pretty quickly. Within two to three weeks we definitely learned who actually wanted to be in the office – and a lot of people really didn’t.”

Of course, going back to the office has its perks. Chief among them is the ability to interact, in person, with colleagues and managers whom we haven’t seen face-to-face for more than a year and a half. Being back in a physical work environment could make some people more productive, and allow for creative conversations and more efficient communication. For these reasons, among others, plenty of workers are actually excited to go back. 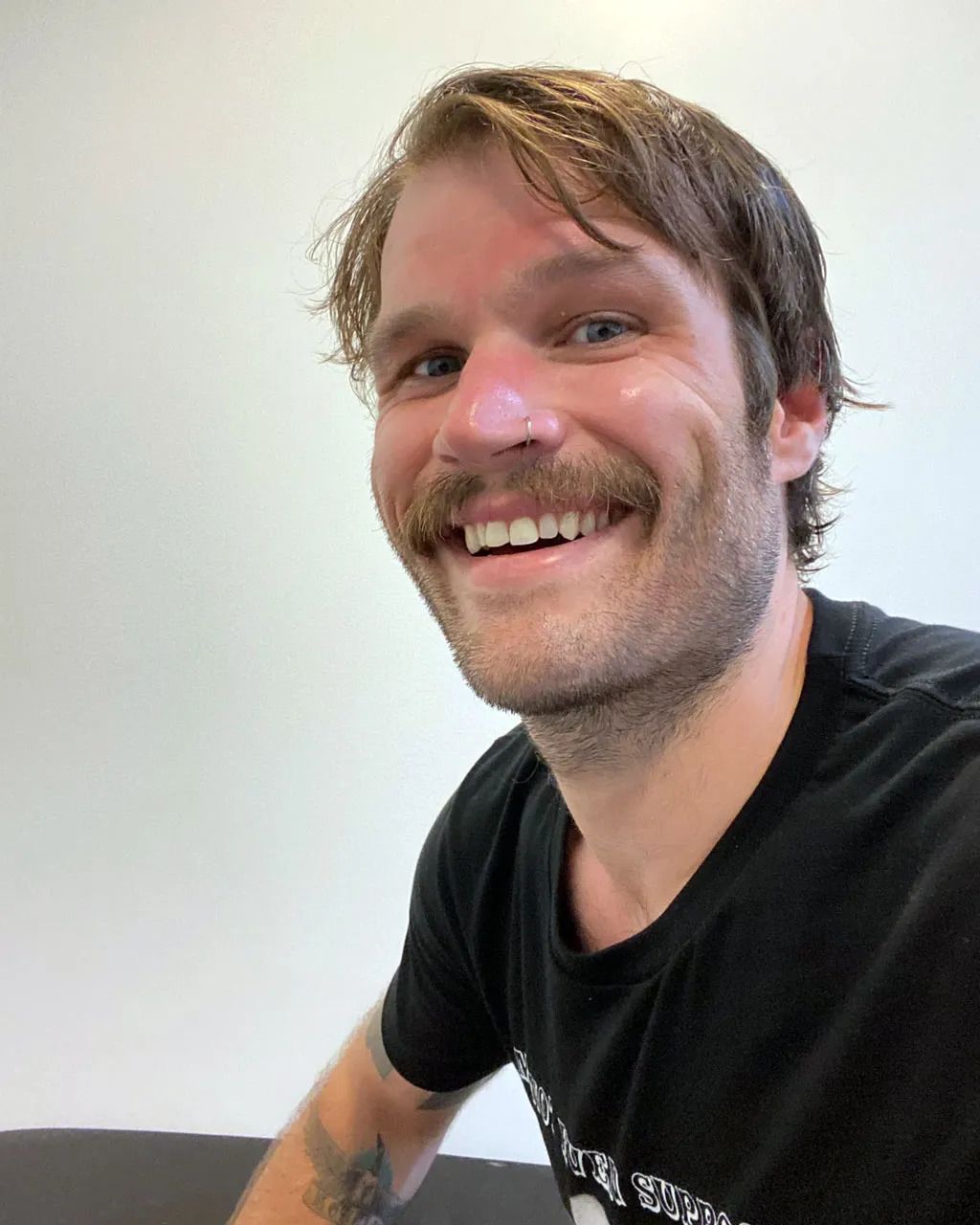 Scottie Lantgen was eager to get back to his office in Kansas City, but quickly found the vibe was much different than in pre-pandemic times

Yet, like it or not, the office won’t feel quite the same as when we left it. The ongoing pandemic means many workers may be uncomfortable being physically close to others, or even reluctant to return. The water-cooler conversations we’ve been missing still aren’t happening, because there are fewer people in the office, and because a shared water cooler suddenly seems unsanitary. Meetings may feel forced or uncomfortable, colleagues may avoid communal spaces and activities, and even beloved lunch spots may not have survived the pandemic.

In short, it’s possible the office you’re returning to isn’t the place you remember. And for those who have been waiting eagerly to go back – and experience the elements that made work more enjoyable for them – adjusting to this ‘new’ office could be a stressful process.

After so long away, the office is now an unfamiliar environment. First, says Juliet Hassard, an associate professor of occupational health psychology at the UK’s University of Nottingham, there are likely to be far fewer people there, as plenty may not be ready to come back.

“A lot of them want to encourage people to come back, but people are going to have very varied feelings and experiences about that, ranging from ‘Oh, I’m so desperate to get back and see people and go for coffee’, to the other end where you have people who are actually really scared about it,” she says. “Workers will fall on a spectrum from ‘can’t wait’ to deeply anxious.”

That means that those who are eager to return are likely to find themselves disappointed when the things they miss most – quick chats with colleagues, big brainstorming sessions, team solidarity and socialising – are still not happening.

This has been Langten’s experience; key elements of the workplace experience that he enjoyed have disappeared. “The client meetings in the office, the leftover BBQ – the beautiful thing about working at an ad agency is there’s beer fridges and stuff. On Friday afternoons it’d always be, ‘let’s have a few beers, maybe go out’. Now there’s only a handful of people there, and it’s just not the same.”

On Friday afternoons it’d always be, ‘let’s have a few beers, maybe go out’. Now there’s only a handful of people there, and it’s just not the same – Scottie Langten

That change may be more difficult for certain personality types – the same people, namely extroverts, who draw their energy from the buzz of being around other people. Research shows extroverts are less affected by dopamine, so they need more stimulation to feel 'on' or be productive. The major benefits those people, like Lantgen, get from being in the office are a big part of what’s driving them back, even if there’s not as much stimulation as there once was.

Social connections – and the boost some workers derive from them – are not the only reasons people might be anticipating returning to the office, however. Some people may be looking forward to the comparative quiet of their desk; parents seeking a kind of peace they haven’t been able to get at home, for example. Young workers, meanwhile, may be missing valuable learning time with mentors and older colleagues.

Unfortunately, some of these people won’t find what they’re looking for either. It could be hard for young workers to access those learning experiences if more senior workers chose to work from home. And people who are in the office to work quietly could find that peaceful spots are few and far between, if companies decide to pivot their space to include different meeting spaces more suited to facilitating social interactions in the hybrid era.

Anne-Laure Fayard, a professor of Innovation, Design and Organizational Studies at New York University, returned to her office and classroom on the NYU campus in September 2020, because she wanted to be there. But she admits that it feels different now. “It’s the same old office, but it’s not the same at all, and it’s hard for people to imagine,” she says. 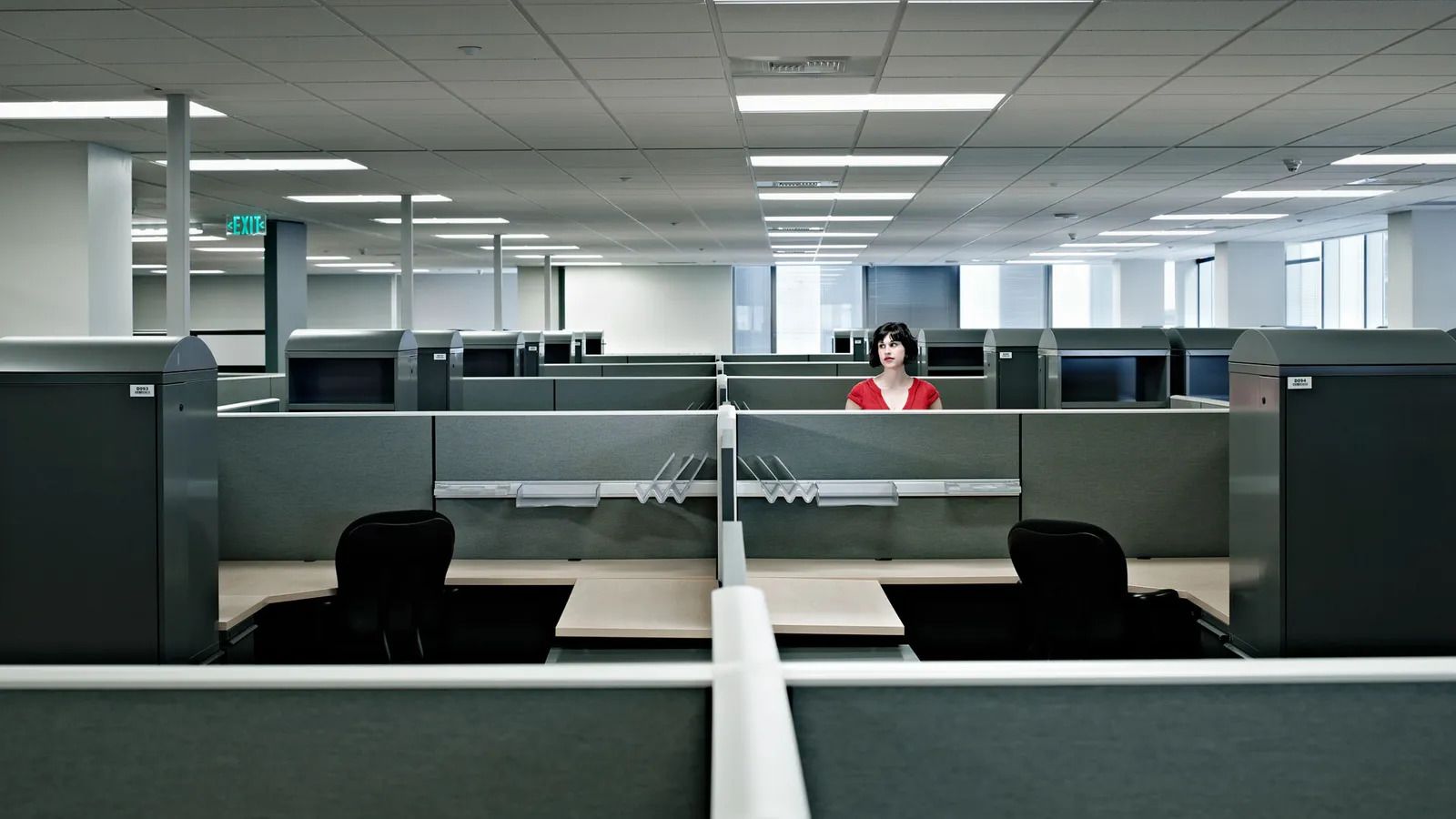 Even if you want to come back to the office, not all of your colleagues will, which may leave you feeling isolated when you expect socialisation

Managing expectations and waiting to adapt

It’s perfectly normal to feel a bit unmoored if you’re returning to an office that feels like it’s changed for the worse. “For most people, the constant uncertainty and adaptation [of the pandemic] has been exhausting, and we’re not out of that yet,” says Hassard.

Fayard says the biggest thing workers can do is temper their expectations. Even if it’s physically the same place, almost every office has undergone a major shift. Expecting it to be exactly the same as it was pre-pandemic, she says, is a recipe for disappointment.

“It’s more stressful if you’re always comparing and spending time trying to replicate, instead of thinking, ‘OK, it’s going to be something different’,” she says. I think that will help people with managing stress and expectations. It’s really a deeper thing about embracing ambiguity, and I think that’s what’s hardest for everyone.”

Being able to talk about what’s changed and how workers feel about those changes is important, she adds, and bosses should be facilitating those conversations with their employees. “I think we start talking,” she says, “because that’s a big piece of people being able to maybe become more comfortable. That conversation might be more open, or it might be more anonymous, depending on the culture of the organisation, but I think it cannot be ignored.”

It’s the same old office, but it’s not the same at all, and it’s hard for people to imagine – Anne-Laure Fayard

Lantgen says he began to feel less disappointed once he reflected a little on the new reality.

“There are these expectations you build up for yourself like, ‘It’s going to be everything I want it to be, everything I missed and it’s going to make everything better’,” he says. “But we’re all coming out of a collective trauma and maybe going back to an office won’t change that. You’re just not going to have the same experience in the office you did in 2019. You just realise, OK, of course it’ll be different. And you just get used to it.”

Lantgen says it’s also helpful to remind himself that all the things he’s still missing won’t necessarily be gone forever. “It’s a bummer, but it will all happen again eventually. I’m keeping that hope up. I try to remain optimistic.” And for him, ultimately, even a changed office is better than none at all. “It makes me feel better,” he says, “knowing that I can get up and have a place to go, as opposed to working at my kitchen table.”