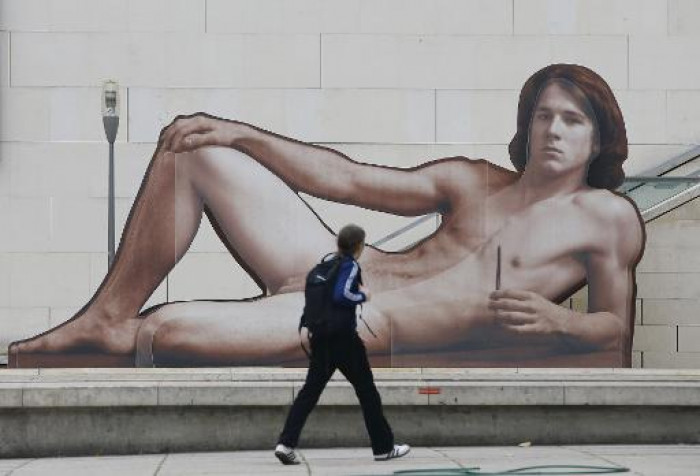 What is an "average" size for a penis? 1st scientific penis-length study

The enduring question now has a scientific answer: 13.12 centimetres (5.16 inches) in length when erect, according to an analysis of more than 15,000 appendages around the world.
The country coming in first on the tape-measure was the Democratic Republic of the Congo with an average length of 7.1 inches. Thai men ended up the shortest group, at just 4 inches. North Korea placed last at 3.8 inches.

The numbers should help "reassure the large majority of men that the size of their penis is in the normal range," said British researchers who had assembled data from studies where participants had their member measured by a professional.

The team then used the collated numbers to devise a graph that doctors can use in counselling men with "small penis anxiety".

In the worst cases, men may be diagnosed with Body Dysmorphic Disorder — a debilitating psychological condition that can lead to obsessive and anti-social behaviour, depression and even suicide.

In reality, only 2.28% of the male population have an abnormally small penis, said the study — and the same percentage an unusually large one.

The study participants were men aged 17-91 who had their penises measured in 20 previously published studies conducted in Europe, Asia, Africa and the United States.

The team found no evidence for penis size differences linked to race, though most of the study participants were of European and Middle Eastern descent and a full comparison could thus not be made.

Nor did the researchers find any convincing correlation between a man's foot size and the length of his manhood.

They acknowledged their results may have been somewhat skewed by the possibility that men who volunteer to be examined may be more confident in their penis size than the general population.

The team said their work, published in the BJU International journal of urology, was the first to combine all existing data on penis length and girth into a definitive graph.

The information may be useful for reassuring men worried about their size. But it may also have the unintended effect of shrivelling the egos of those who thought they were abnormally well-endowed.

Doctors may also use the graph to help men find well-fitting condoms, said the team.