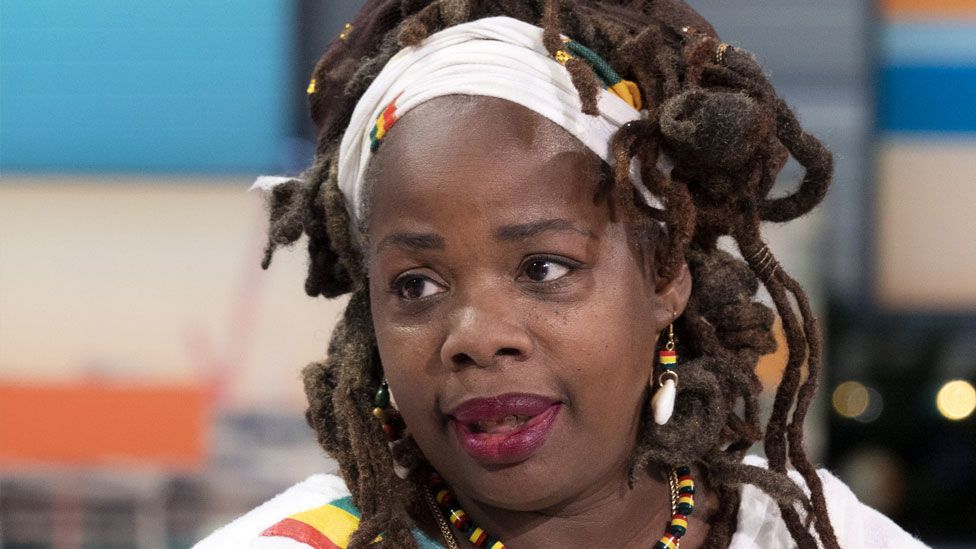 What is it like to be repeatedly asked where you are from?

When a senior royal aide repeatedly asked a prominent black charity boss where she was "really from", during a Buckingham Palace reception, it sparked an outcry. Being intrusively probed about your cultural and ethnic heritage is an unwelcome but frequent occurrence for many people. So what makes the question "where do you really come" from so loaded? 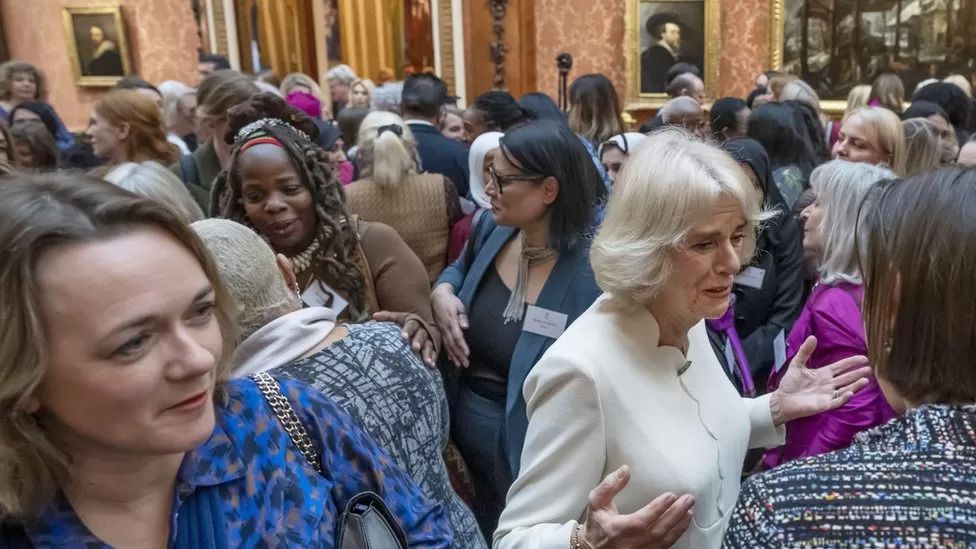 Ngozi Fulani was attending a reception hosted by Camilla, the Queen Consort

Most people belonging to an ethnic minority in the UK will have been asked this many times, by people of all ages and political leanings. It is so common it has become a cliche.

Reading about what happened to Ngozi Fulani at Buckingham Palace reminded me of being asked this question a few years ago. I was out for drinks with a large group of friends and a young white man of about my age repeatedly asked me where I was "really from".

Each time I answered with increasing levels of detail, until this stranger had heard about my entire childhood. But he still kept asking.

I eventually gave up and said that I am Indian.

I'm proud of my heritage, of my religion, of being South Indian - I have a strong connection not just to the culture, but to the physical place too. With the exception of the pandemic years, I have visited Bangalore about twice a year.

But if I want someone to know about my cultural background, I will bring it up with them myself, or it will inevitably come up naturally in conversation. This man's insistence really bothered me.

"I hate it when people ask me that," a friend of mixed-ethnicity tells me.

"At university it was constant. I just used to say 'London', and then they'd say, 'but where are you really from?' and gesture towards my face. No-one else in my halls was asked that question, because they were all white - they all got asked what they were studying.

"When it's someone's first question, and no-one else is being asked, it makes you feel like you don't belong somewhere."

Another friend agrees: "I forget sometimes about how I'm perceived - and it's really irritating to then have to explain my difference. Especially as I have no idea why my ethnicity even matters." 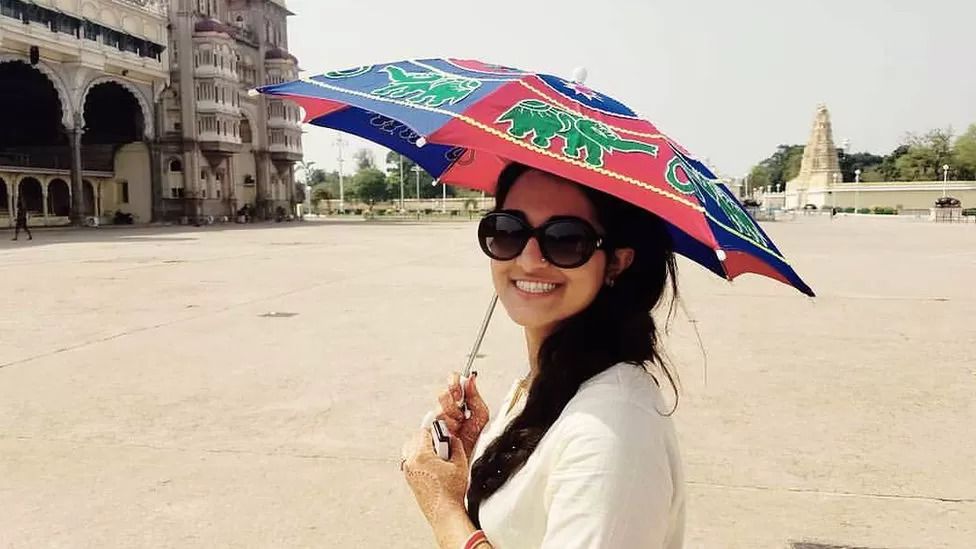 Born and brought up in the UK, Ashitha Nagesh is often asked where she "really" comes from
My sister says she finds being asked where she is "really" from "crushing". It makes her remember primary school teachers challenging her as a young child, when she told them she was British.

"It's such a toxic question," she says. "It makes you feel like because of your skin colour, you can't be 'from here'. When they say, 'where are you really from?', they're saying, 'you're not really from here'."

This is ultimately about being made into what theorists call the "other" - to be identified and characterised wholly by your difference. Someone has seen your skin colour, and has immediately registered you as different from them because of it. Finding common ground and feeling a sense of belonging is an innate human desire - this denies us that.

Identity is complex and constantly changing. If I tell someone I'm Indian, what does that mean to them? Does it imply I must have more in common with someone who has lived their whole life in Bangalore, than I do with a white person who grew up in the same city as me, went to the same school, walked the same streets, drank under-age in the same pubs and taunted the same teachers?

When I am asked where I'm "really from", my personal history is being dismissed in favour of an imagined similarity with a place I have never lived. I am seen as a stereotype, or a puzzle to be solved - how did someone with my skin end up in this country? The subtext is that rather than belonging here, I must belong to somewhere else. 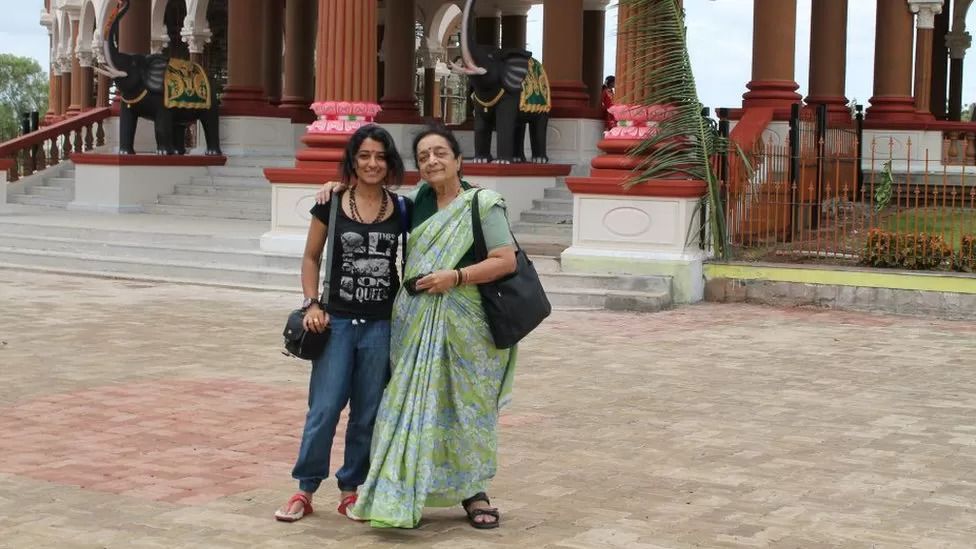 Ashitha Nagesh and her late grandmother pictured in Karnataka in 2012

Interestingly, everyone I spoke to told me they do not mind being asked where they are from by another person of colour, particularly if they are of a similar ethnic background. I have noticed this too - when someone who is visibly South Asian asks, I have often chosen to say that I am Indian.

"It's because they're not asking you to differentiate you," my sister says. "They're asking to find common ground, to make you part of their community."

I wonder if any of this feels different for my parents, first-generation immigrants who grew up in Bangalore and moved to the UK in the 1980s, a few years before I was born. They have lived all over the UK - from the Shetland Islands, to Wales, the north-east of England to London.

"I didn't mind being asked in the first few years I was here," my mum says. "At that point this wasn't really my country yet - and for other people, I didn't look like them and I didn't sound like them, so I understood why they were asking. But I still get asked the same question now, after being in this country for almost 40 years. It makes me feel that whatever I do, I'll never be considered as really 'from here'."

The final person I asked was my husband - a white recent first-generation migrant, who moved to the UK from the US when we married six years ago.

How does it feel for him to be asked where he is from - is it offensive in the same way?