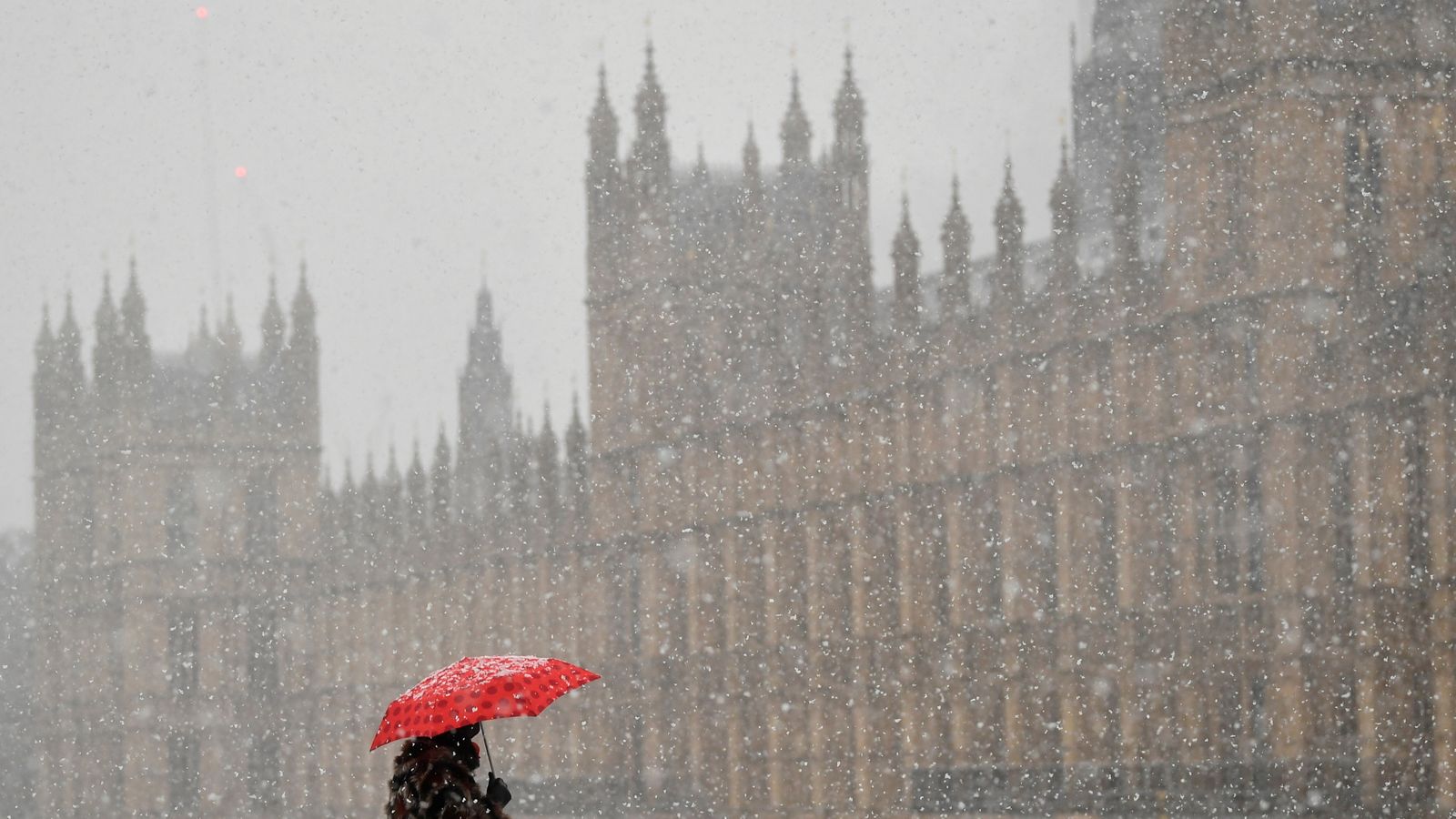 What is the Online Safety Bill and why are some people worried about it?

A draft of the bill is being scrutinised before it is formally introduced to parliament. While some have welcomed its provisions to protect children, others have criticised it as a "censor's charter".

Following the murder of Sir David Amess and an arrest after another MP was emailed a death threat, senior figures in Westminster are decrying the abuse directed towards politicians over the internet.

Parliament is currently scrutinising the proposed solution to these abusive messages, the draft Online Safety Bill, which aims to establish a new way to regulate online content - covering not just abusive messages but all harmful material online, from bullying through to pornography.

It has the support of England's Children's Commissioner and the NSPCC, but some are concerned the law will end up introducing more problems than it solves. They have criticised the current draft for its potential to have a chilling effect on free speech and hand censorship powers to the government. 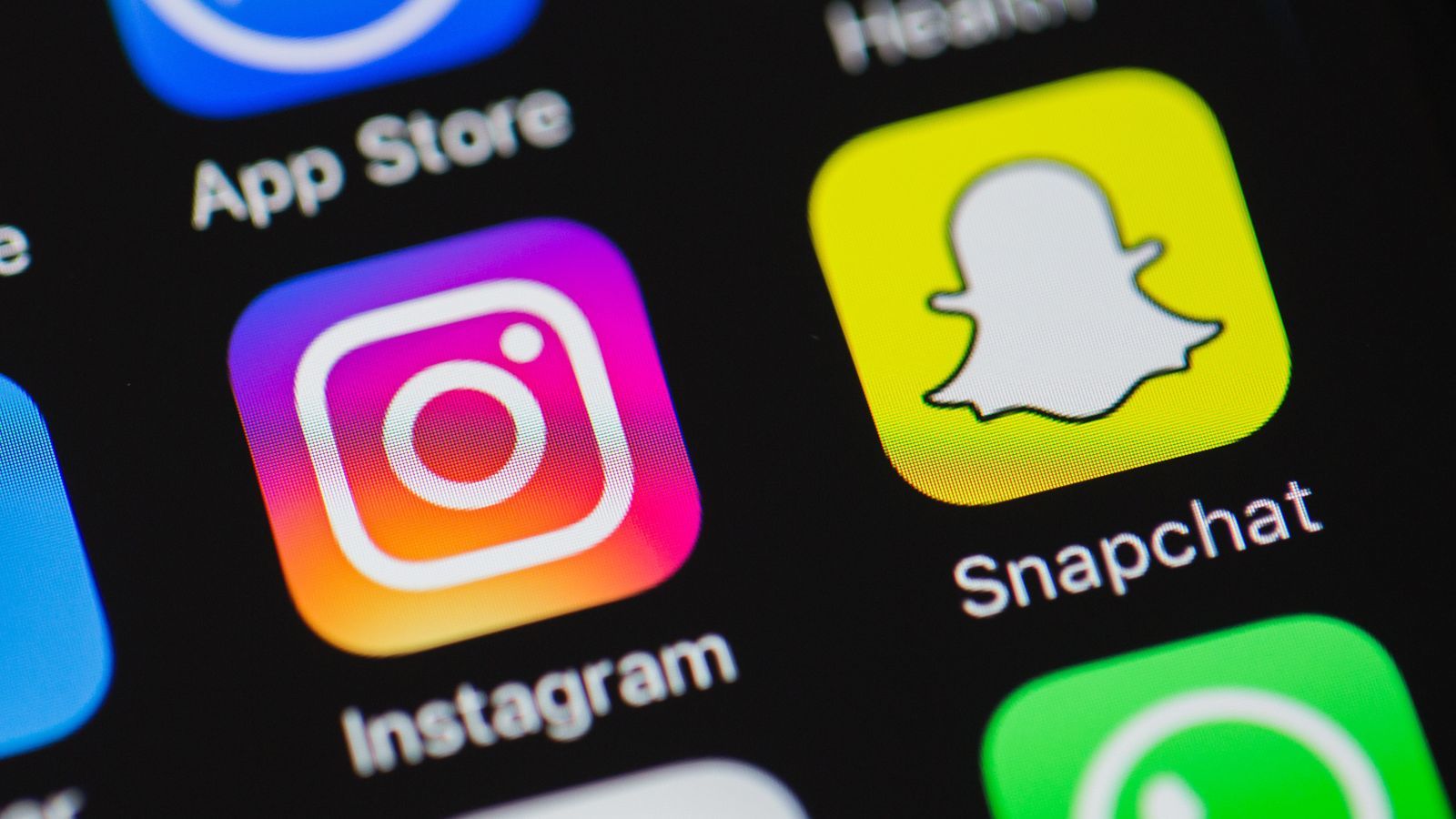 Sites such as Instagram have been criticised for hosting abusive posts

What does the Online Safety Bill aim to do?

The Online Safety Bill will introduce obligations on companies to keep their users safe.

Technology companies will also be required to protect their users' rights to freedom of expression and privacy.

How these companies comply with the law will be monitored by Ofcom which will become the online safety regulator.

A draft of the bill is currently going through pre-legislative scrutiny in parliament by a joint committee made up of members of the House of Commons and House of Lords.

This committee will report back by 10 December after which the government will look at the report and see if any changes are required. After this the bill will be formally introduced to parliament to begin its journey into law. 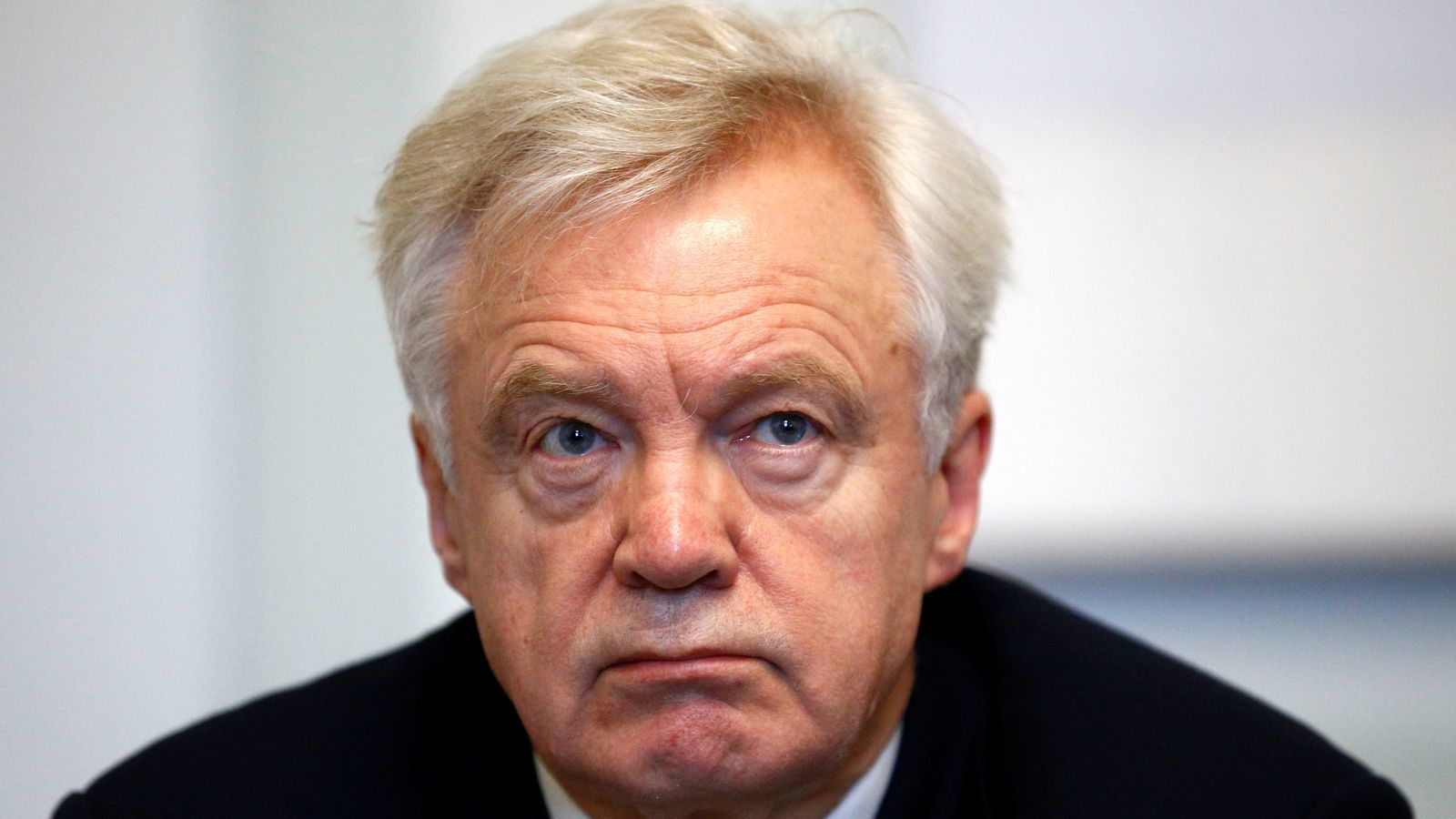 David Davis MP has described the law as a censor's charter

What are the problems?

Defining "legal but harmful" material is one of the major challenges facing the government.

"This type of activity can range from online bullying and abuse, to advocacy of self-harm, to spreading disinformation and misinformation," the government explained in a note accompanying the draft.

"Whilst this behaviour may fall short of amounting to a criminal offence, it can have corrosive and damaging effects, creating toxic online environments and negatively impacting users' ability to express themselves online."

This has been flagged as a concern both by the technology companies who say they do know what they will need to censor, and by free speech advocates including David Davis MP.

Mr Davis criticised the bill as "a good example of the best of intentions leading to the worst of outcomes" and warned that it was "a censor's charter" as a result.

He warned that as the law is backed up by fines potentially stretching into billions of pounds for companies that fail to tackle this content, they will err on the side of caution.

"You can be sure that in any area of controversy – political issues, culture wars, or even COVID science – there will be plenty of people complaining and demanding a post be taken down.

"And with Silicon Valley mega corporations as arbiters of the truth, anything that appears online and can be characterised by someone as misinformation could be censored.

"The chilling effect on free speech will be terrible," he added. 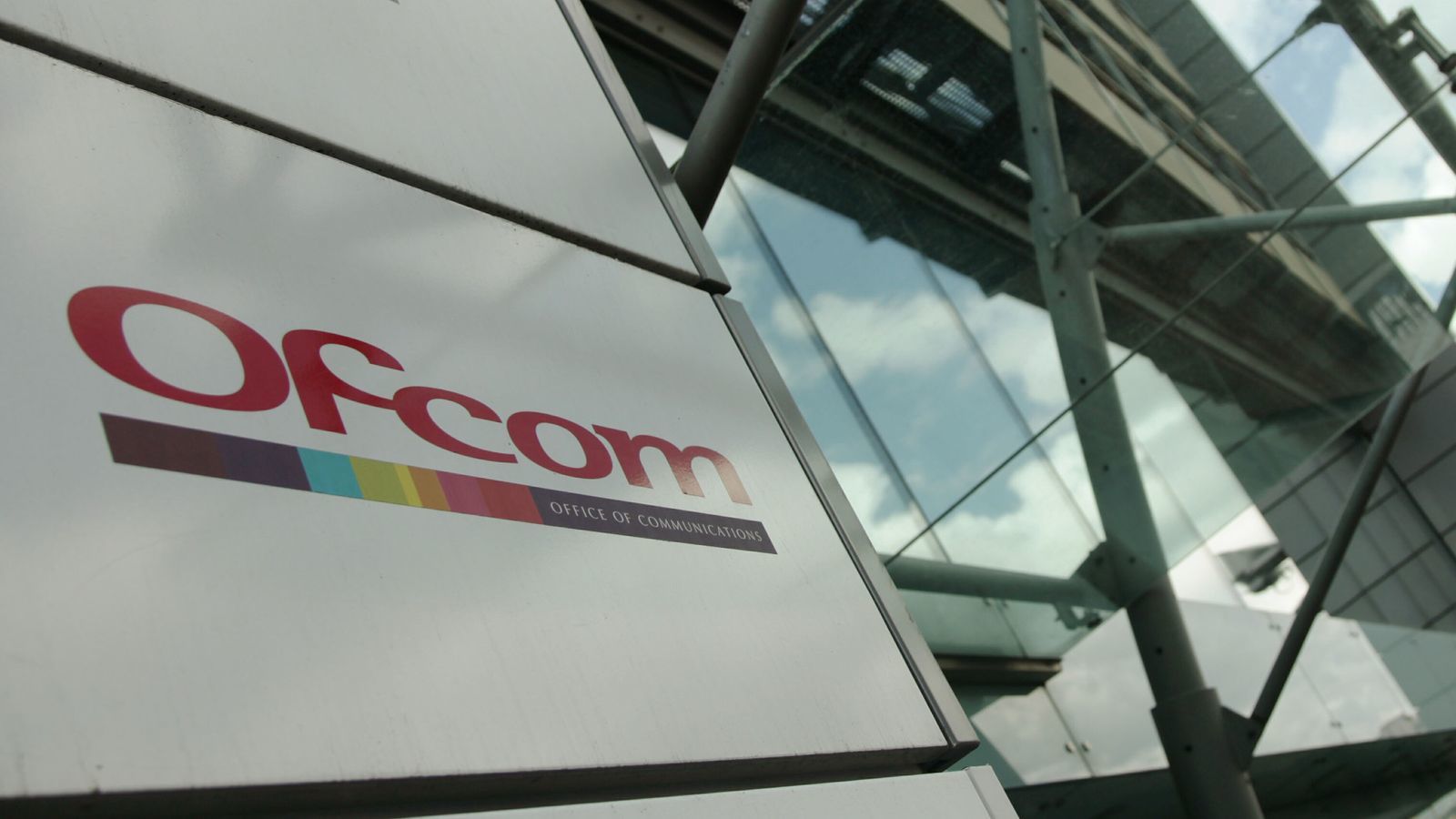 Some warn the new law could undermine Ofcom's independence

Ofcom is an internationally respected independent regulator, but there are concerns this independence could be questioned as a result of the powers given to the Secretary of State by the Online Safety Bill.

In many repressive regimes there is no independence for media regulators from government, and so news organisations find themselves forced to publish and broadcast what those governments want them to.

Ofcom currently sets its own standards, with the objectives those standards should meet agreed by parliament, and the government is not allowed to direct Ofcom to target particular kinds of content.

However the draft Online Safety Bill will change that.

Carnegie Trust has cautioned that the draft bill gives the Secretary of State "relatively unconstrained powers" to:

The charity said that the government "has not explained why the Secretary of State needs these powers" and proposed that they be "amended to create a more conventional balance between democratic oversight and regulatory independence". 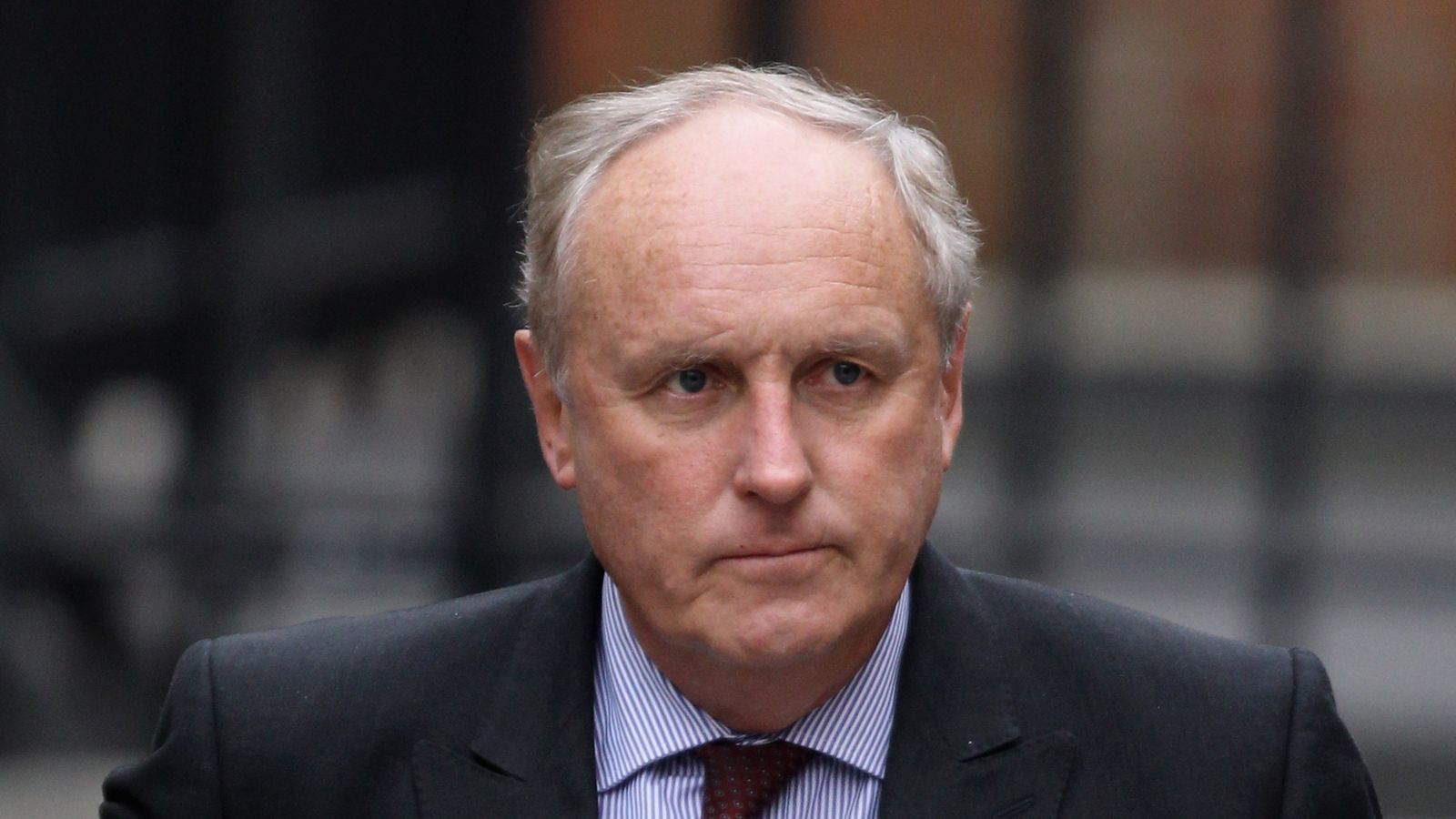 In addition to the potential political influence which the draft Online Safety Bill appears to accommodate, the potential appointment of former Daily Mail editor Paul Dacre as Ofcom's chair has provoked concern.

Mr Dacre was seen as Downing Street's favoured candidate for the role, but he did not pass the initial interview process according to reports. Despite this, his appointment has not been ruled out.

In an open letter to the civil servant running the appointment process, the chair of parliament's DCMS Committee, Julian Knight MP, criticised how the process was being run.

Mr Knight did not mention Mr Dacre by name, but his letter stated: "Where a previous candidate has been deemed to be unappointable for a post, they should be ruled out of re-applying.

"However, this crucial line is missing from the campaign information to recruit Ofcom's next Chair. It would be extremely alarming if this was a deliberate omission rather than an oversight and we are seeking clarification," Mr Knight added.

As it stands the law contains exemptions for journalistic content, but defining this material is difficult.

Alongside established and accredited news organisations there are tens of thousands of independent journalists and citizen journalists whose work should fall under this heading.

As expert technology lawyer Graham Smith wrote: "If you want to carve out the press, how do you do so without giving the government (or Ofcom) power to decide who does and does not qualify as the press?

"If a state organ draws that line, isn't the resulting official list in itself an exercise in press regulation?" he asked.

Mr Smith continued: "Beneath the surface of the draft Bill lurks a foundational challenge. Its underlying premise is that speech is potentially dangerous, and those that facilitate it must take precautionary steps to mitigate the danger.

"That is the antithesis of the traditional principle that, within boundaries set by clear and precise laws, we are free to speak as we wish," he added.

"The mainstream press may comfort themselves that this novel approach to speech is (for the moment) being applied only to the evil internet and to the unedited individual speech of social media users; but it is an unwelcome concept to see take root if you have spent centuries arguing that freedom of expression is not a fundamental risk, but a fundamental right."