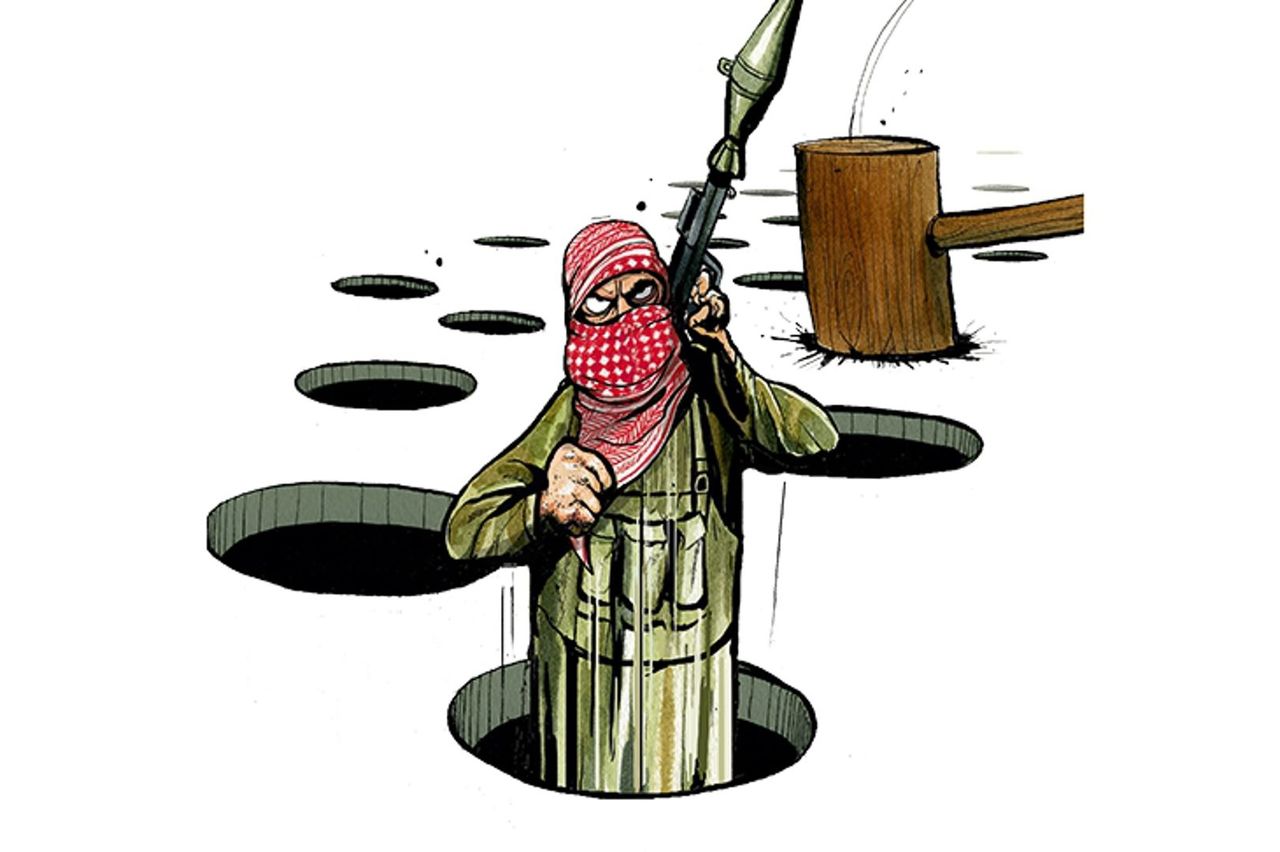 On 7 October 2001 President George W. Bush launched Operation Enduring Freedom – the invasion of Afghanistan. The operation sought to bring the architects of 9/11 to justice and reduce the threat of terrorism.

Twenty years later, President Joe Biden has pledged to withdraw all troops from Afghanistan by 31 August, bringing to a close the United States’s longest-ever conflict – known colloquially as ‘the forever war’.
But Biden, who supported the invasion, is pulling out at a time when the Taliban – the highly-conservative Islamic organisation that was harbouring al-Qaeda in 2001 – is sweeping through half the country, killing civilians and human-rights defenders and besieging three cities. The US withdrawal, at a time of grave uncertainty, reinforces the futility of its involvement in the first place.

Violence in Afghanistan was already increasing in May, when this final phase of the American withdrawal began. Former Secretary of State Hillary Clinton warned of ‘huge consequences’ if the US army departed, and one of her predecessors, Condoleezza Rice, predicted that America would be forced to return to the country.

Given the Taliban’s recent military ascendence and its continued persecution of its opponents, it’s probable that the gains made by the fledgling Afghan state – such as in women’s rights – will soon be lost. Biden, who pledged to ‘protect and empower women around the world’ during his campaign for the presidency, will be very aware that forced marriages and sexual slavery could soon follow.

Biden defends the withdrawal on two grounds. The first is that a continued military presence is no longer in American interests. In an address last month, he maintained that the country has more pressing concerns: the coronavirus pandemic, the cyber-security threat, climate change, and what he described as a ‘strategic competition with China’.

Biden’s second justification – that the US is leaving because it has accomplished its original aims – is much more tenuous. In last month’s address, he maintained:

Bin Laden might be dead, but his organisation remains. According to Edmund Fitton-Brown, a former British diplomat in the Middle East who now monitors al-Qaeda and the Taliban for the United Nations, ‘the al-Qaeda senior leadership is present in Afghanistan, present and co-located with the Taliban.’

Under the terms of the peace agreement between the United States and the Taliban, signed in Doha in February 2020, the Taliban are obliged to sever ties with al-Qaeda. Fitton-Brown, however, says that ‘the Taliban links to al-Qaeda are close. There is no suggestion that the Taliban has done anything substantive or decisive to live up to its obligations to suppress any future threat from al-Qaeda.’

In other words, if the Taliban do regain power, the US will be leaving Afghanistan in the kind of state that prompted it to invade in the first place.

Even Biden, who is trying to justify withdrawing from Afghanistan, does not anticipate good faith from the Taliban. Asked by journalists if he trusted the group, he replied, ‘Is that a serious question? No, I do not. But I trust the capacity of the Afghan military’

Biden also has an emotive argument. ‘How many thousands more of America’s daughters and sons are you willing to risk?’ he asked his detractors. ‘How long would you have them stay?’

There is logic to Biden’s move, especially if you believe that the only long-term solution to instability in Afghanistan is an intra-Afghan peace deal. The trouble is, the Taliban seem in a bellicose mood.

The US withdrawal might be the least-bad option, but it emphasises the pointlessness of the war. The American army is leaving a country it should never have entered, at a time when Afghanistan faces an existential threat that would return it to the pre-intervention status quo.

This is a war that has cost the US two trillion dollars. Thousands of Afghan and Nato troops have died. It led to the establishment of the Guantánamo Bay detention camp. Regardless of whether or not it is the right decision, the US withdrawal prompts the question – what was it all for?
#Coronavirus  #Afghanistan  #Joe Biden