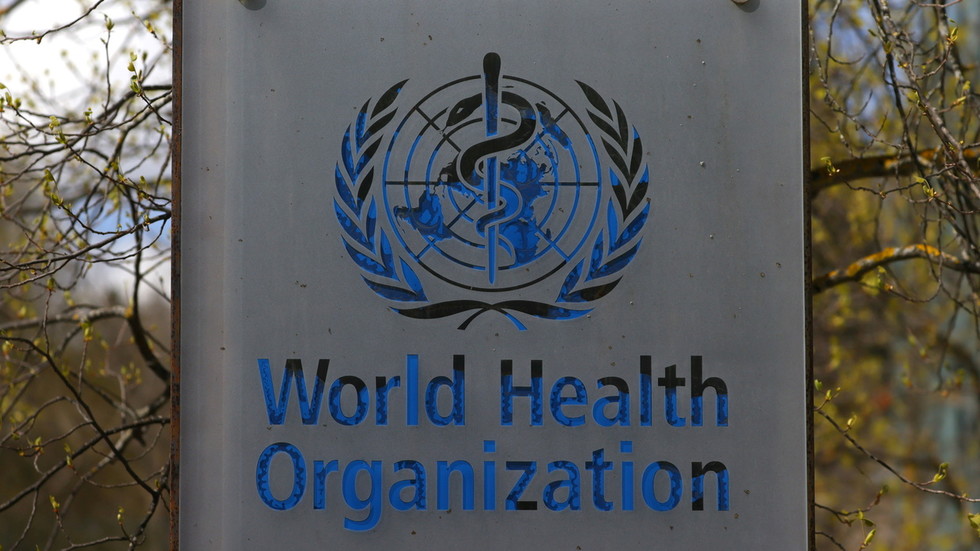 WHO calls on China to release data needed for Covid-19 origins probe, notes that ‘lab theory’ still on the table

Responding to Chinese concerns over the probe into the ‘lab hypothesis’ of the pandemic’s origin, the World Health Organization said it wasn’t playing politics but seeking the necessary data and following the science.

In a statement released on Thursday, the WHO called on all governments “to depoliticize the situation and cooperate to accelerate the origins studies, and importantly to work together to develop a common framework for future emerging pathogens of pandemic potential.”

Searching for the origin of any new pathogen “is a difficult process, which is based on science, and takes collaboration, dedication and time,” the WHO said, adding that the search for the origins of SARS-CoV-2 – the virus that causes Covid-19 – “is not and should not be an exercise in attributing blame, finger-pointing or political point-scoring.”

It is important to find out how the pandemic began in order to “to set an example for establishing the origins of all future animal-human spillover events,” the WHO said, in phrasing that appeared to endorse the zoonotic origin hypothesis.

“Access to data is critically important for evolving our understanding of science and should not be politicized in any way,” the organization added, in what seemed to be a dig at China’s refusal to release information pertaining to the Wuhan Institute of Virology (WIV).

In July, Beijing rejected the WHO’s second-phase probe as going “against science.” Yuan Zhiming, the director of the biosafety lab at the Wuhan Institute of Virology, told reporters at the time that the WIV “has never designed, made or leaked the novel coronavirus.”

Addressing the Chinese concerns, the WHO said that the initial study in March found “there was insufficient scientific evidence to rule any of the hypotheses out,” and that to properly address the laboratory origin theory “it is important to have access to all data and consider scientific best practice and look at the mechanisms WHO already has in place.”

The WHO noted that Italy shared raw data and gave permission to re-test its samples abroad, reflecting “scientific solidarity at its best.” This is “no different from what we encourage all countries, including China, to support so that we can advance the studies of the origins quickly and effectively,” the WHO added.

Russia and the US keep samples of smallpox – the only human virus to have ever been eradicated – in secure labs, subject to inspection every two years, the WHO pointed out, adding that “[analyzing] and improving lab safety and protocols in all laboratories around the world, including in China, is important for our collective biosafety and security.”

The organization is “committed to following the science, and calls on all governments to put differences aside and work together to provide all data and access required so that the next series of studies can be commenced as soon as possible,” said a portion of the statement singled out by WHO Director-General Tedros Adhenom Ghebreyesus.

While the virus was first officially documented in the Chinese city of Wuhan in December 2019, the exact source of the infection remains a mystery. China has rejected the theory that it may have jumped from animals to humans at the Wuhan 'wet market,' but is particularly adamant that it could not have possibly originated at the Wuhan Institute of Virology, whether deliberately or by accident.

Some US intelligence analysts, along with the House Republicans in Congress, believe there is “ample evidence” that the virus escaped from WIV in September 2019. For more than a year, scientists – led by a US contractor who channeled National Institute of Health research grants to the WIV – had insisted the virus had evolved naturally in animals and jumped to humans somehow, denouncing the so-called lab leak hypothesis as a conspiracy theory.

Confronted with the revelation that his administration shut down its predecessor’s probe into the virus origins, US President Joe Biden tasked the country’s intelligence community with a 90-day review. US spies have reportedly hacked WIV databases and are currently trying to sort through the information contained there.

More than 205 million people have tested positive for Covid-19 since the WHO declared a pandemic in March 2020, and 4.33 million have died. The US has had the number of both cases and deaths, 36.4 million and 619,000, respectively.