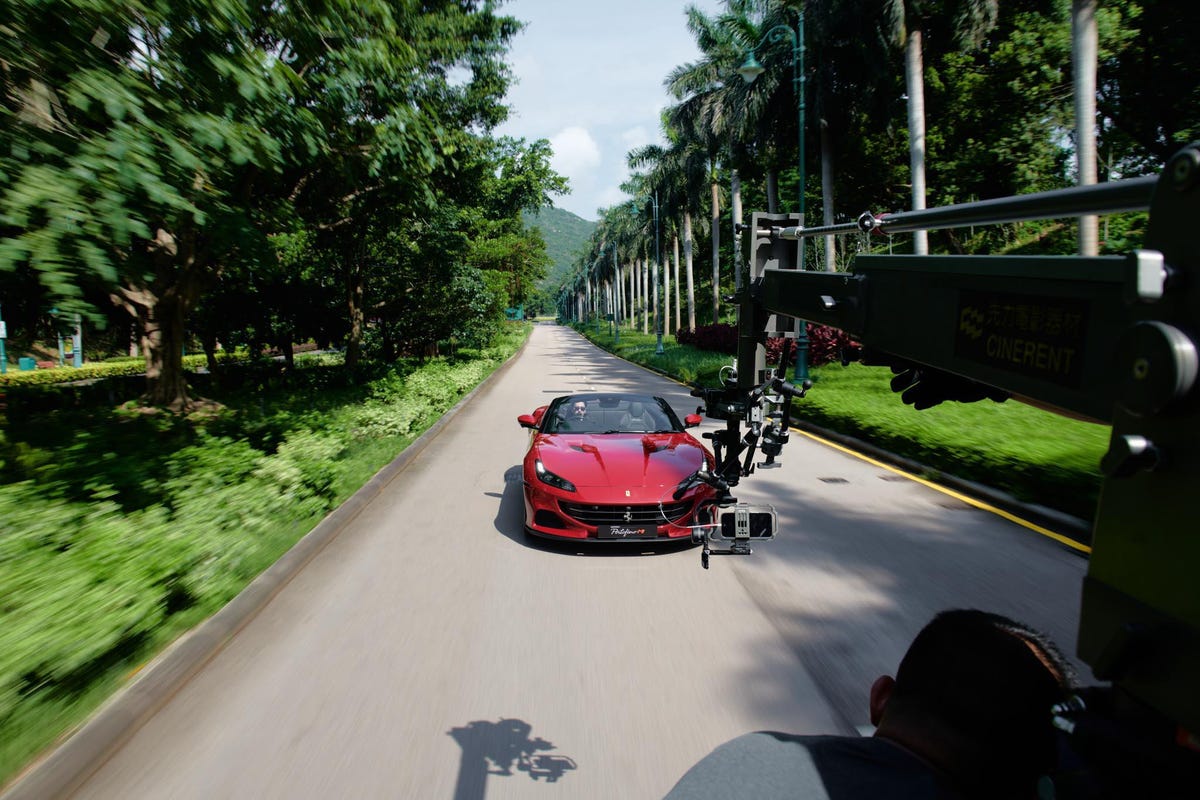 The iPhone 12 Pro Max is often called the best smartphone video camera--and the latest Ferrari commercial in Hong Kong is testament to that.

There are many aspects and criteria to consider when evaluating smartphone cameras, and if we were to break down the mobile camera experience into separate categories, there’d be a diverse list of “winners.” Samsung’s Galaxy S21 Ultra, for example, has the best zooming system, while the Oppo Find X3 Pro has the best ultra-wide angle camera. But the best mobile camera for capturing video? That’d be the iPhone 12 series—specifically, the iPhone 12 Pro Max. 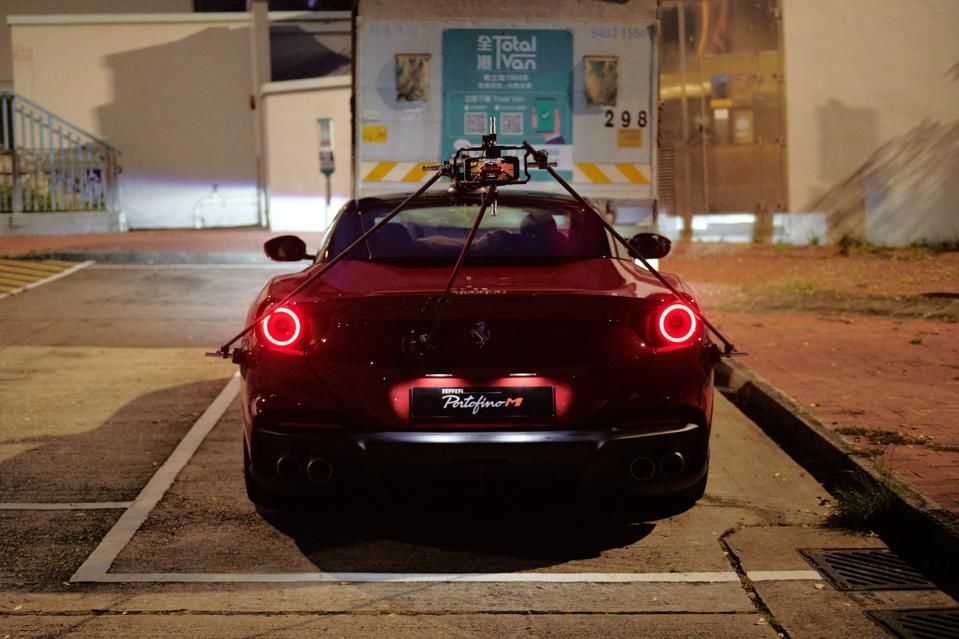 Frank Liew, chief marketing officer of Blackbird Concessionaires, the official dealer of Ferrari in Hong Kong, sure thinks so. That’s why when he was tasked to shoot a short film marketing two Ferrari sportscars—one newly released in Hong Kong—he chose the unorthodox approach of shooting the entire project with an iPhone 12 Pro Max instead of a “professional” camera.

“I’ve been using the iPhone since the 4 [released in 2010] to take video clips on a daily basis,” says Liew. “and I was fascinated by the idea that this everyday device we all have in our pockets can create something beautiful.”

The two Ferraris Liew was tasked to market were the Portofino M, which just launched in Hong Kong last month, and the SF90 Stradale. Liew says with both cars sporting different personalities, he came up with this “night-and-day dual-world” concept, in which footage of the Portofino M cruising during the day is seamlessly intercut with scenes of the SF90 Stradale speeding through Central at night.

The industry standard tool to film high speed scenes of a moving car zipping through the street is the “Russian Arm,” a robotic arm with a professional grade camera attached, connected to the roof of a vehicle in order to capture high-angle shots of another car.

“It’s an industry standard used in everything from car commercials to Hollywood blockbusters,” says Liew, “but we don’t have access to one in Hong Kong and they’re very costly to build.”

So Liew made his own version with an iPhone 12 Pro Max connected to a consumer DJI Ronin S gimbal, which was then connected to a crane that’s manually operated from the back of a pickup truck. 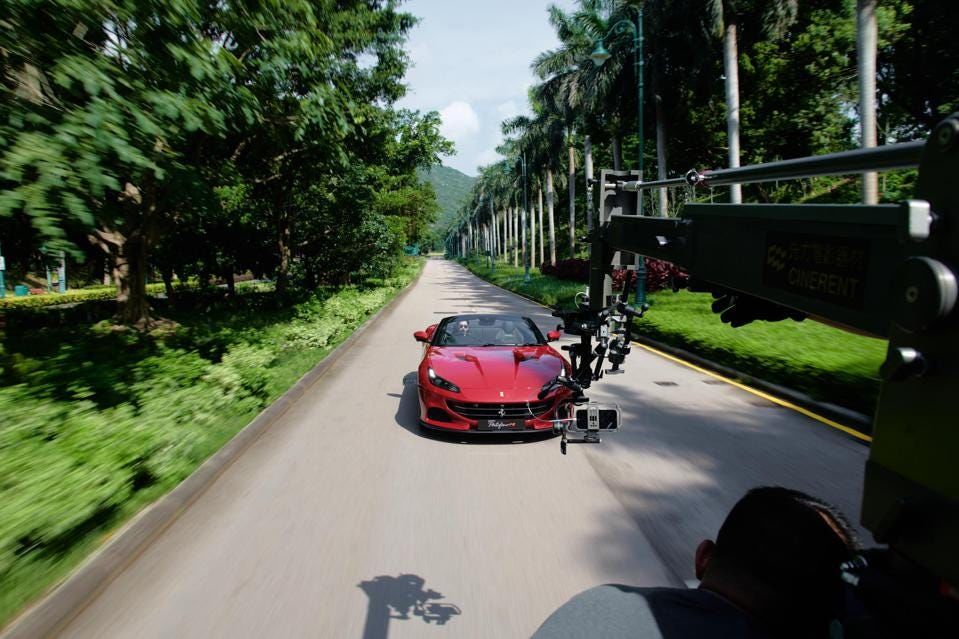 The makeshift Russian Arm: an iPhone 12 Pro Max strapped to a DJI gimbal connected to a manual crane 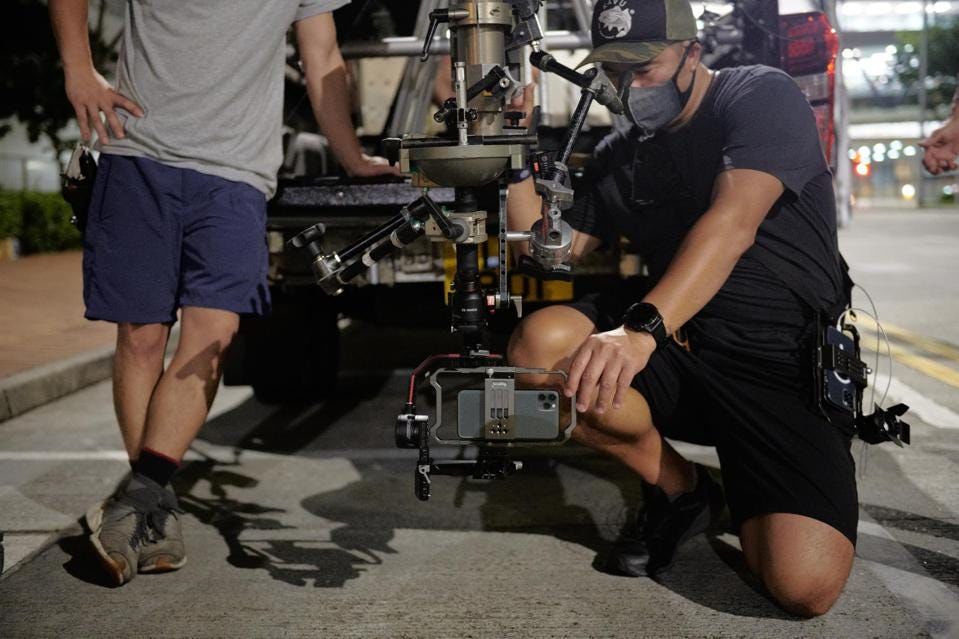 The makeshift Russian Arm—which Liew jokingly nicknamed “iCrane”—allowed Liew and his crew of six to get high- and low-angle shots of the Ferraris in motion. But Liew wanted an even more unconventional shot.

“I grew up spending a lot of time at the arcades [where] I played driving games,” Liew recalls. “And there was this video game camera angle where the camera seems to be hovering behind the car, so that you see not just everything on the road but the entire back of the car too.

“I wanted to re-create that shot.”

Given the size and weight of professional cameras, this would have required a very expensive, specialized rig—but Liew, of course, was shooting with a tiny lightweight device with excellent stabilization built-in. So he merely strapped an iPhone 12 Pro Max to some rods that hung out the back of the car. The iPhone 12 Pro Max’s ultra-wide angle camera allowed the phone to capture the entire car and the road ahead without needing to be placed too far behind the vehicle. The iPhone’s stabilization did the rest of the work. 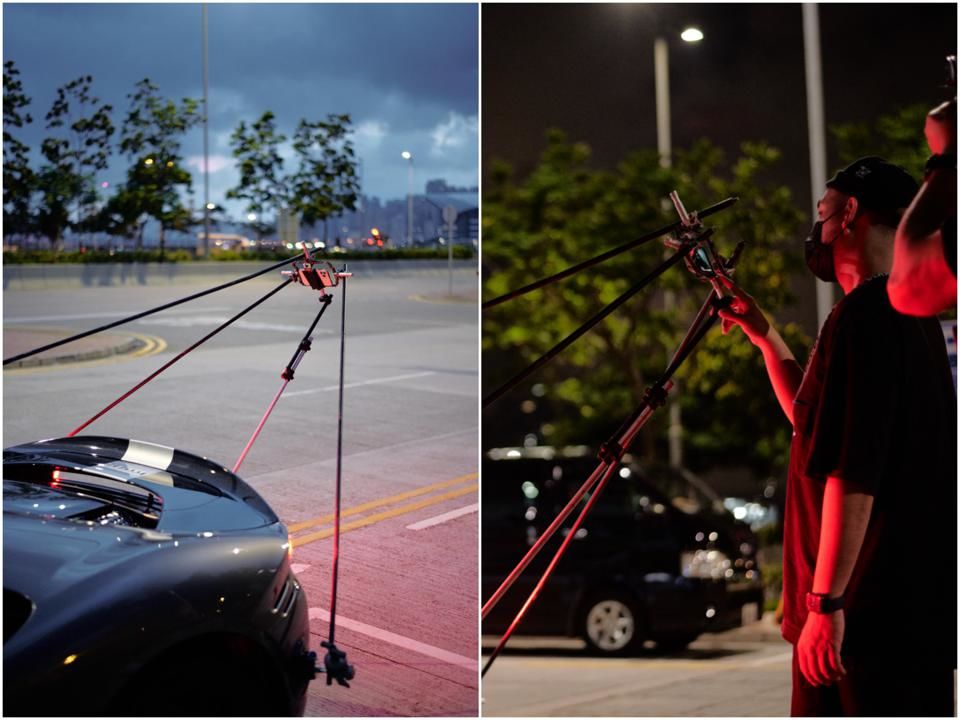 Finally, Liew and his crew strapped the iPhone to a DJI drone to get more aerial shots. The whole shoot lasted three days, with three weeks spent on post-production to slice the footage seamlessly together. 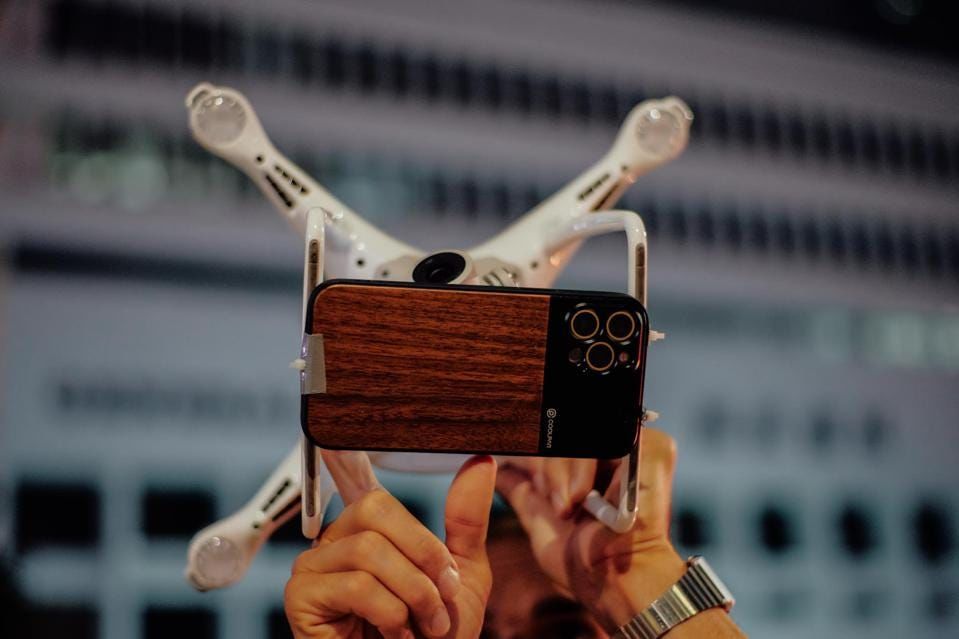 The iPhone 12 Pro Max strapped to a DJI drone.

The resulting video, titled “The Handover,” is a stylish, professional mini movie that showcases not just Ferrari sportscars, but the Hong Kong skyline and iPhone’s video prowess as well.

“They say the best camera is the one you have with you,” Liew says, “and the iPhone 12 Pro Max is the camera that’s always with me.”