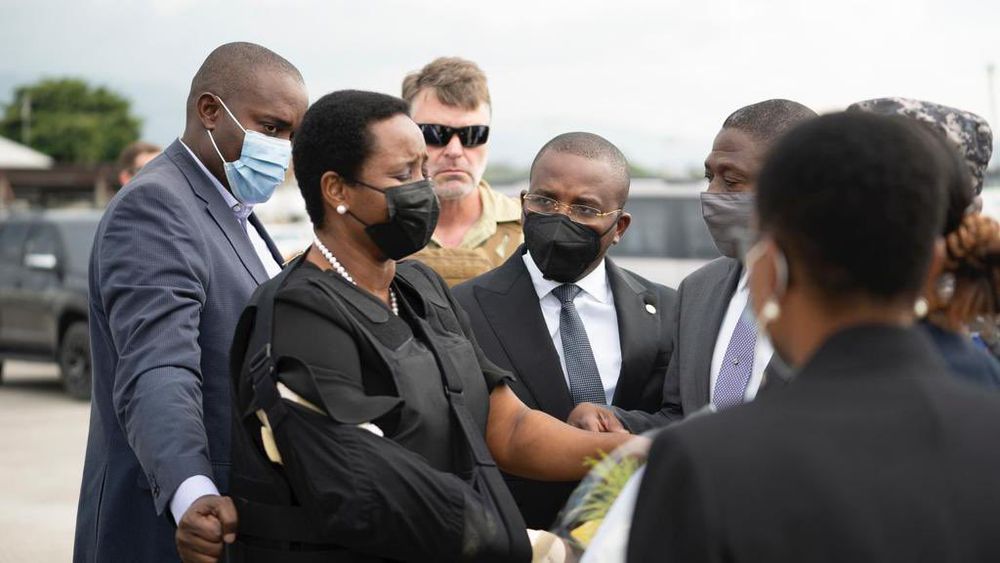 Widow of Assassinated President of Haiti Returns to Her Country

Martine Moise, the widow of the president of Haiti, Jovenel Moise, who was assassinated on July 7, returned to Port-au-Prince this Saturday after being treated in a Miami hospital for the injuries she suffered during the attack on the president.

The spokesman for the Government of Haiti, Frantz Exantus, announced the return of the first lady , who was injured during the armed attack in which her husband died, perpetrated at their residence, in the Pelerin neighborhood of the Haitian capital.

Martine Moise was received on the tarmac of the international airport of Port-au-Prince by the interim prime minister, Claude Joseph, who has led the country's government since the assassination took place.

The first lady got off the plane on her own foot, wearing a bulletproof vest, had her left arm in a sling and wore black as a sign of mourning, according to images released by the government spokesperson on Twitter.

State funerals in honor of the assassinated president will be held next Friday in Cap-Haitien, the most important city in the north of the country, and close to the municipality of Trou-du-Nord, where Jovenel Moise was born.