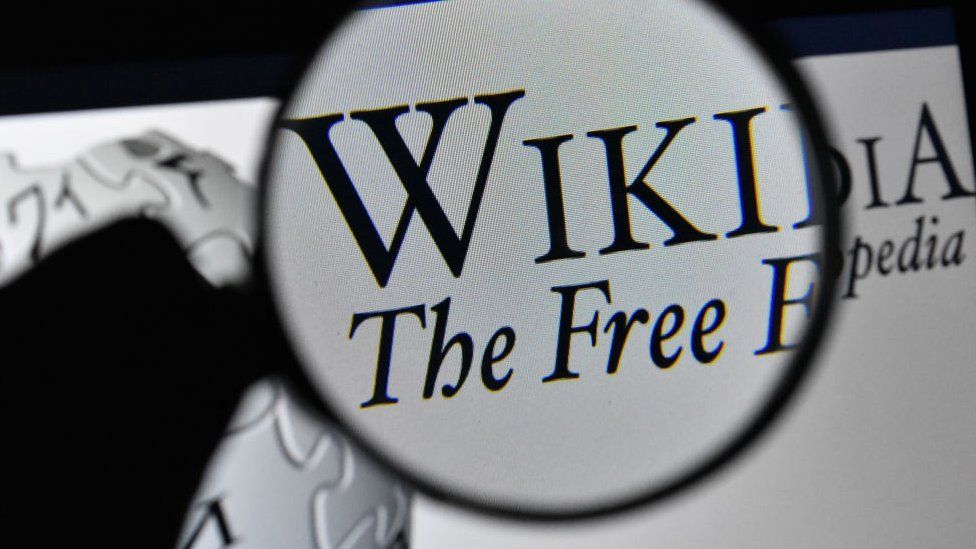 Wikipedia has suffered an "infiltration" that sought to advance the aims of China, the US non-profit organisation that owns the volunteer-edited encyclopaedia has said.

The Wikimedia Foundation told BBC News the infiltration had threatened the "very foundations of Wikipedia".

Wikimedians of Mainland China accused the foundation of "baselessly slandering a small group of people".

"This case is unprecedented in scope," foundation vice-president Maggie Dennis said, in a note to volunteers.

And she told BBC News the foundation had been investigating the infiltration of Chinese-language Wikipedia for nearly a year.

But this summer, "credible threats" to volunteers' safety had "led us to prioritise rapid response".

The foundation was battling against "capture", where a group gains control of the editing of the Wikipedia to favour a particular viewpoint, Ms Dennis wrote.

And it has recently set up a disinformation team.

In this case, the infiltrators had tried to promote "the aims of China, as interpreted through whatever filters they may bring to bear", Ms Dennis told BBC News.

But she also said: "I am not in position to point fingers at the Chinese state nor in possession of information that would lead me to do so." 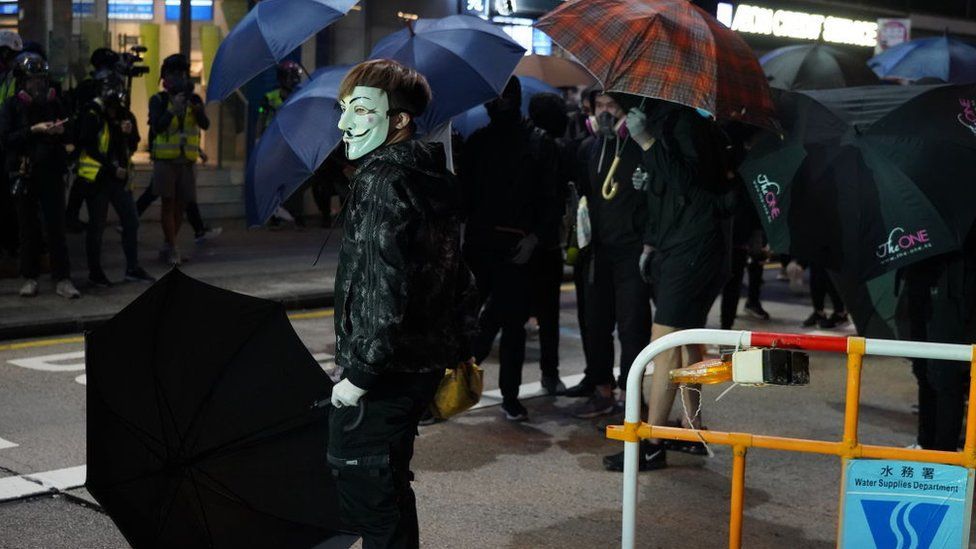 However, "long and deep investigations" into Wikimedians of Mainland China, a group claiming to have about 300 members, had resulted in the banning of seven users and the removal of administrator privileges from a further 12, Wikipedia said.

And there had been concern elections for powerful administrator roles were being manipulated and the process of editing risked being overwhelmed.

Other editors have also been asked to modify their behaviour.

In a post in response to the bans, Wikimedians of Mainland China accused the foundation of acting contrary to the "feelings and opinions of the community".

But Ms Dennis said the foundation had acted in awareness of conflict between mainland China based Wikimedians and volunteers in Hong Kong.

And the situation worsened after the closure of Hong Kong's Apple Daily newspaper and the arrest of its top executives,

Mainland editors were increasingly "pushing for the use of Chinese state media as reliable news sources" in Wikipedia articles, the Hong Kong Free Press alleged.
People queue to buy the last edition of Apple Daily 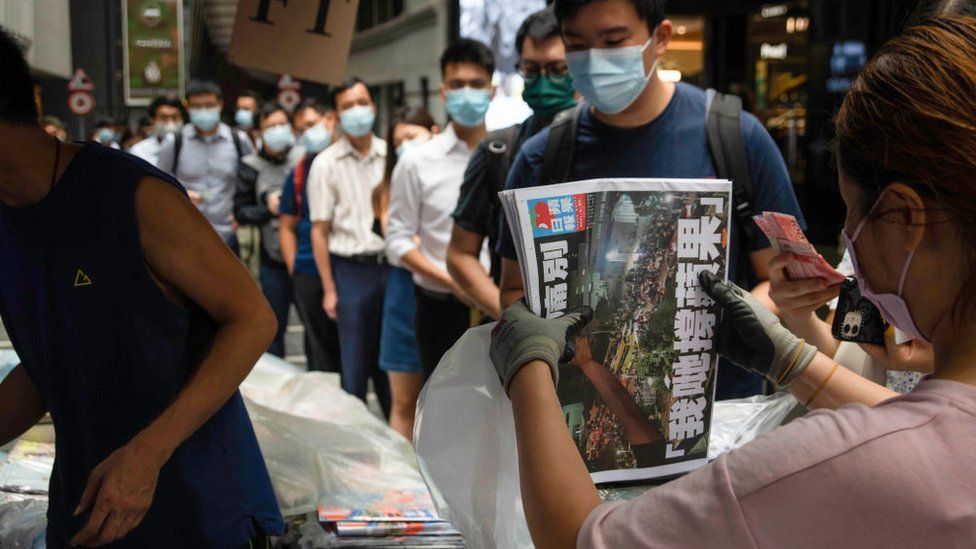 And it revealed some had discussed reporting Hong Kong editors to the city's national security police hotline, in online chat groups.

"Hong Kong users feared they may be targeted as a result of their identities being known," she said.

And they asked the Wikimedia Foundation's Trust and Safety team to help them.

Weeks earlier, the foundation, responding to a security warning, had restricted access to personally identifiable information in two jurisdictions where access to Wikipedia was blocked - including China.

It had feared volunteers - some of whom are young - could be exploited or compelled to share personal data by "state actors or others with an interest in biasing information".

Ms Dennis said the "software" showed the foundation's actions had worked and no data had been misused.

But the latest action to counter infiltration had been necessary because individuals had inadvertently put themselves at risk by sharing information about themselves, "such as attending local meetings or sharing personal email addresses" with other users.

"When the foundation has credible information that some volunteers may not be interacting in good faith - and in this case, there was plenty - we may feel it necessary to protect the community by removing those individuals from access," she said.

"In such cases, users are banned."

Ms Dennis said she was keen none of the steps taken to protect Wikipedia should discourage Chinese-speakers from joining the community - or volunteers in China who had worked "for free and open knowledge" and may have risked harm by doing so.

To the 4,000 Chinese language Wikimedians she wrote: "We are committed to supporting you in doing this work into the future, with the tools you need to succeed in a safe, secure,and productive environment."