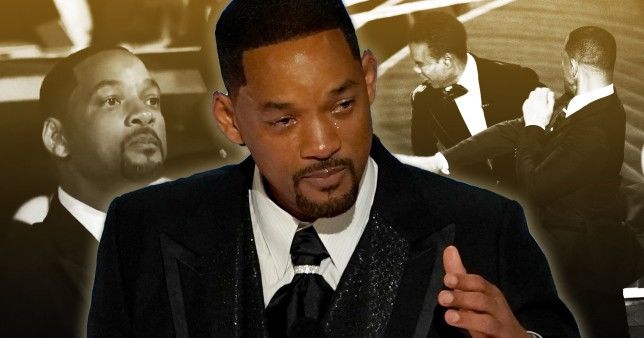 Will Smith has been banned from the Oscars for 10 years after he slapped Chris Rock at this year’s ceremony.

The news was announced in an open letter from Academy president David Rubin, who described Smith’s actions as ‘unacceptable and harmful’.

He said: ‘The 94th Oscars were meant to be a celebration of the many individuals in our community who did incredible work this past year; however, those moments were overshadowed by the unacceptable and harmful behavior we saw Mr Smith exhibit on stage.

‘During our telecast, we did not adequately address the situation in the room. For this, we are sorry. This was an opportunity for us to set an example for our guests, viewers and our Academy family around the world, and we fell short — unprepared for the unprecedented.

‘Today, the Board of Governors convened a meeting to discuss how best to respond to Will Smith’s actions at the Oscars, in addition to accepting his resignation. The Board has decided, for a period of 10 years from April 8, 2022, Mr Smith shall not be permitted to attend any Academy events or programs, in person or virtually, including but not limited to the Academy Awards.

‘We want to express our deep gratitude to Mr Rock for maintaining his composure under extraordinary circumstances. We also want to thank our hosts, nominees, presenters and winners for their poise and grace during our telecast.

‘This action we are taking today in response to Will Smith’s behavior is a step toward a larger goal of protecting the safety of our performers and guests, and restoring trust in the Academy. We also hope this can begin a time of healing and restoration for all involved and impacted.’

Smith told Metro.co.uk in a statement: ‘I accept and respect the Academy’s decision.’ 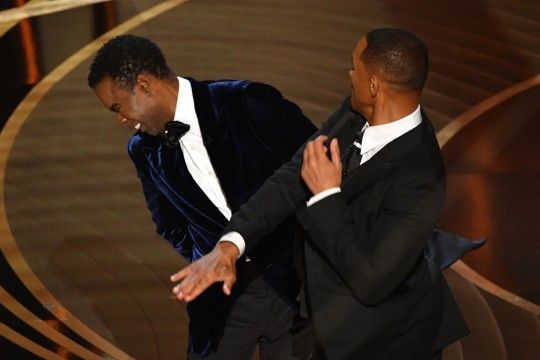 Smith smacked and then swore at Rock after storming the stage

He will be able to keep his best actor Oscar and will be eligible for nominations and awards in the future.

Ricky Gervais and 50 Cent have led reactions to the ban, with many dubbing it ‘too harsh.’

The hearing had been fast-tracked – while it was initially scheduled for April 18, it was moved forward by 10 days following Smith’s resignation from the Academy.

Rubin wrote to the board of governors, confirming the new date and saying that the hearing would ‘address possible sanctions for Will Smith in response to his actions during the Oscars broadcast.’

He reasoned that, due to the resignation, ‘suspension or expulsion are no longer a possibility and the legally prescribed timetable no longer applies. It is in the best interest of all involved for this to be handled in a timely fashion.’

The King Richard actor had audiences shocked when he stormed the stage to slap comedian Rock after a joke he made about his wife Jada Pinkett Smith’s buzzcut, comparing her to ‘GI Jane’.

Smith slapped Rock, before returning to his seat and swearing at him. 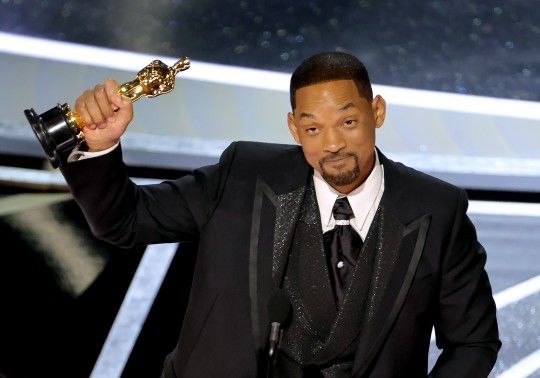 Moments after the slap, he won the best actor Oscar

He later apologised for his behaviour, writing: ‘Violence in all of its forms is poisonous and destructive.

‘My behavior at last night’s Academy Awards was unacceptable and inexcusable. Jokes at my expense are a part of the job, but a joke about Jada’s medical condition was too much for me to bear and I reacted emotionally.’

He added: ‘I would like to publicly apologize to you, Chris. I was out of line and I was wrong. I am embarrassed and my actions were not indicative of the man I want to be. There is no place for violence in a world of love and kindness. 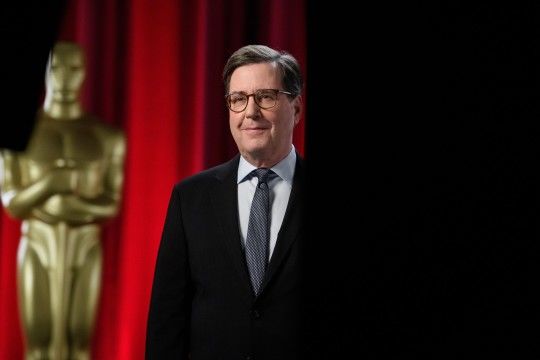 Following the drama, various upcoming projects of Smith’s have been halted.

The Hollywood Reporter claims that Netflix has ‘quietly halted’ production on upcoming thriller, Fast and Loose, which the Oscar winner was set to play a leading role inn.

The streaming platform is said to be ‘wary’ about moving forward at the moment, but it is ‘unclear’ whether the another actor will take his place.

As well as this, the outlet claims production on Bad Boys 4 has been halted by Sony, while Apple TV+ has not confirmed a release date for Emancipation – which was slated to come out this year.

However, there have been no official announcements made on any of Will’s upcoming projects.