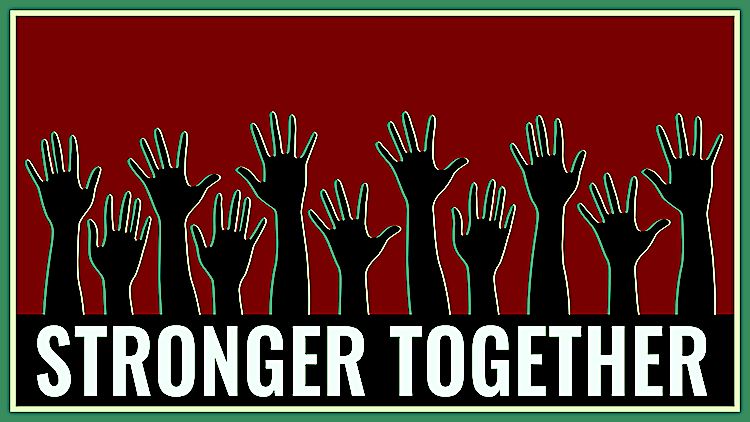 Will The SEC Attack Against Crypto Industry Bring It Closer Together?

Coinbase is the latest company along with Ripple, Uniswap to become under the SEC radar. Where is this all going?

When Coinbase CEO Brian Armstrong tweeted on Tuesday night that the SEC threatened to sue if the company ove the upcoming high-yield lending product, Ripple CEO Brad Garlinghouse was fast to respond.

Garlinghouse tweeted a meme from the movie Die Hard with Bruce Willis saying, “Welcome to the party, pal.”

Ripple has been fighting the SEC in court for over a year, and now Coinbase is seemingly becoming a part of the fight, like it or not.

Mark Cuban also had a message for Armstrong: “You have to go on the offensive.” Cuban hasn’t further elaborated how it might look like, but Armstrong is already playing offense publicly with the tone of his tweets. He accused the agency of “intimidation tactics behind closed doors” and said sarcastically:

“It’s nice if you actually enforce evenly across the industry equally.”

What happens next is a big question mark. The flagship companies of the crypto industry are clearly under attack, and they have begun to push back, demanding a fair and consistent set of rules that make it clear what is legal and what is not – and rightfully so.

Ripple’s battle with the SEC is about whether its sale of XRP tokens were unregistered securities offerings. A big question is: why did the SEC wait so long before suing? Ripple has been selling XRP for eight years. And additionally: why does the agency appear to be applying one policy to Ripple and another to Ethereum?

Coinbase, on the other hand, said that it was trying to open dialogue with the SEC to consult how to make its proposed Lend product as secure and safe for investors as possible. According to Armstrong, the agency would not talk to them.

Then there is Uniswap, decentralized exchange and one of the most transparent companies in the fast moving DeFi sector. The SEC has chosen it as a target of investigation, overlooking, as crypto lawyer Jake Chervinsky noted, other “overt frauds,” rug pulls, and pump-and-dumps in DeFi.

It’s no wonder Armstrong, Garlinghouse, and others have had enough, and concluded it might be better to roll the dice in court rather than continue to try to adhere to the SEC’s current opaque crypto policy and harsh enforcements.