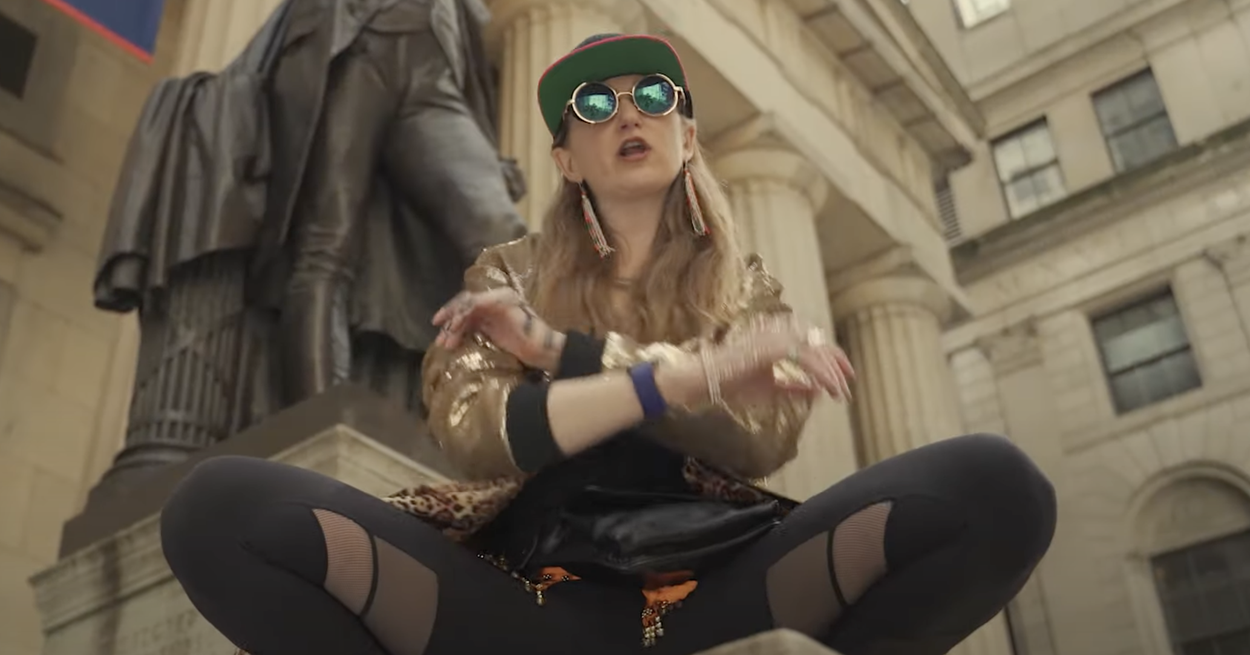 The DOJ has charged Heather Morgan, who uses the stage name Razzlekhan, with attempting to launder thousands of bitcoins alongside her husband, startup founder Ilya Lichtenstein.

A husband and wife were arrested in Manhattan on Tuesday for allegedly conspiring to launder $4.5 billion in stolen cryptocurrency. In an announcement, the Department of Justice called its confiscation of 94,000 bitcoins, which amounts to $3.6 billion, the agency’s “largest financial seize ever.”

The department named Ilya Lichtenstein and Heather Morgan as the individuals responsible for allegedly attempting to launder 119,754 bitcoin stolen from the cryptocurrency exchange Bitfinex.

Bitfinex was targeted by hackers in August 2016 who “​​initiated more than 2,000 unauthorized transactions,” the DOJ said. Investigators claim the stolen bitcoins were sent to a digital wallet managed by Lichtenstein. Roughly 25,000 of those bitcoins were then allegedly moved to financial accounts controlled by Lichtenstein and Morgan while the remainder stayed in the wallet used in connection with the hack. DOJ agents said they obtained private keys to the wallet using search warrants, enabling them to seize more than 94,000 bitcoins stolen from Bitfinex.

The announcement shared little about the identities of Liechtenstein and Morgan except that they are in their early 30s. But court documents also identified the duo by their aliases, “Dutch” and “Razzlekhan.” Twitter users and journalists have already found what appear to be numerous profiles belonging to Morgan, who, before her arrest, was seemingly pursuing a career as an influencer.

On Twitter, Morgan allegedly identified herself as a “serial entrepreneur,” “surreal artist,” “rapper,” and “also Forbes writer.” Indeed, a Forbes contributor page for Heather R Morgan lists numerous posts, including a story titled “Experts Share Tips to Protect Your Business From Cybercriminals.” Morgan also appears to have written for Inc.

Morgan also developed a rapper persona known as Razzlekhan, dropping several tracks and music videos on YouTube, as first pointed out by NBC News reporter Kevin Collier. “This song represents who I am: a badass CEO and female rapper, who's ready to take on Wall Street, Silicon Valley, and any other place that oppresses individual uniqueness and self expression,” Razzlekhan says in a YouTube description for her “Rap Anthem for Misfits & Weirdos.” Her YouTube page also includes fashion unboxing videos, a song about endometriosis, footage from a livestream of Black Lives Matter protests in New York City, and a video of Morgan giving Lichtenstein a quarantine haircut.

On a personal website, Razzlekhan likens herself to “Genghis Khan, but with more pizzazz,” saying that “her style has been described as ‘sexy horror comedy,’ because of her fondness for combining dark and disturbing concepts with dirty jokes and gestures.” She adds, “No one knows for sure where this rapper's from — could be the North African desert, the jungles of Vietnam, or another universe.” (The DOJ report states that Morgan and her husband currently reside in New York.)

BuzzFeed News attempted to contact Morgan through Razzlekhan’s Facebook page but did not receive a response. The pair were scheduled to appear in a Manhattan federal court on Thursday at 3 p.m.

On a LinkedIn page that appears to belong to Morgan, however, she is listed as a partner at Demandpath, a “boutique micro-fund investing” firm. A LinkedIn profile seemingly belonging to Lichtenstein also places him at Demandpath. Prior to that, he’s described on Crunchbase as a founder of the advertising research startup MixRank, which was incubated at Y Combinator and raised more than $1.5 million in funding from Mark Cuban and other venture capitalists. (Lichtenstein is nowhere to be found on MixRank’s website.) Neither Demandpath nor MixRank responded to BuzzFeed News’ request for comment.

Cuban told BuzzFeed News his last email exchange with Lichtenstein was in 2012. “I also found an email saying he left MixRank 6 years ago. That’s the extent of what I know about the guy,” Cuban said.

Y Combinator did not respond to BuzzFeed News’ request for comment.

Both Morgan and Lichtenstein appear to come from the finance industry, and the DOJ claims they were able to use “sophisticated laundering techniques,” such as using fictitious identities to open online accounts, automating transactions through computer programs, and “chain hopping,” or rapidly exchanging one cryptocurrency for another, to conceal their money trail.

The pair have been charged with conspiracy to commit money laundering and conspiracy to defraud the United States, which carry maximum prison sentences of 20 years and five years respectively.