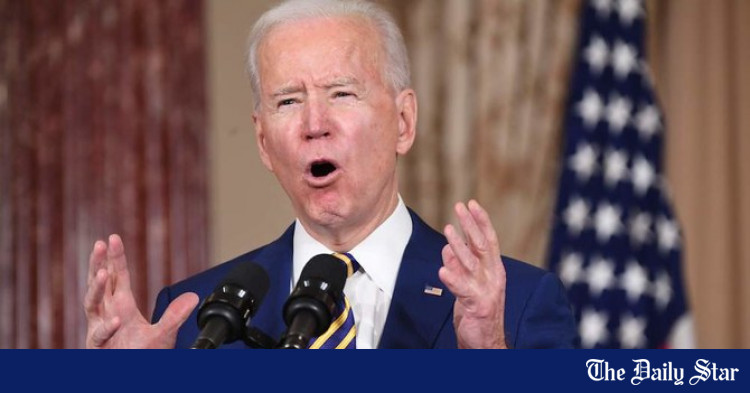 US President Joe Biden on Friday vowed that Russia would pay a "severe price" if it used chemical weapons in Ukraine, while also pledging to avoid provoking Moscow into "World War III."
Biden reacted after Russia accused Ukraine and the United States of developing biological and chemical weapons -- in what Western nations says is a ruse to lay the ground for Moscow's own possible use of them in the conflict.

"I'm not going to speak about the intelligence, but Russia would play a severe price if they used chemicals," Biden said as he announced a raft of new sanctions against Moscow.

At the request of Russia, the UN Security Council is holding an emergency meeting Friday on the alleged manufacture of biological weapons in Ukraine.

The United States, like other Western nations, is sending millions of dollars of weapons such anti-aircraft and anti-tank missiles to Ukraine, as well as sharing intelligence.

But Biden again underlined that US forces would not fight in Ukraine, despite the desperate pleas of many Ukrainians.

"We will not fight a war against Russia in Ukraine. Direct confrontation between NATO and Russia is World War III -- something we must strive to prevent," Biden said.

In 2018, Moscow accused the United States of secretly conducting biological weapons experiments in a laboratory in Georgia, another former Soviet republic that, like Ukraine, has ambitions to join NATO and the European Union.
#Joe Biden