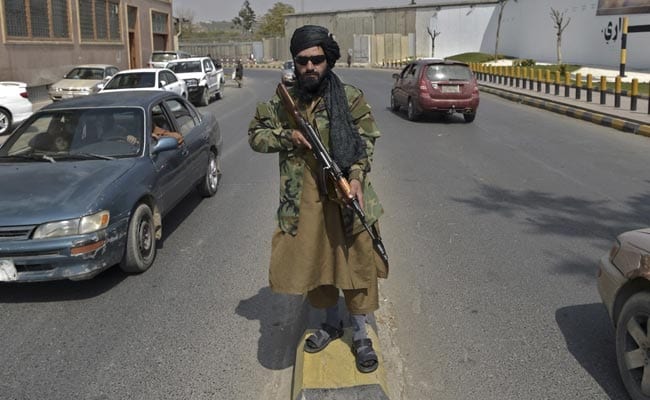 "World Is Watching Them": US Condemns Taliban Plan To Resume Executions

US State Department spokesperson Ned Price said the US stands with the Afghan people, especially with members of minority groups
The United States has strongly condemned the Taliban's plans to reinstate amputations and executions as a type of punishment in Afghanistan.

During a presser on Friday, State Department spokesperson Ned Price said the US stands with the Afghan people, especially with members of minority groups, and demands that the Taliban immediately cease any such atrocious abuses.

"We condemn in the strongest terms reports of reinstating amputations and executions of Afghans. The acts, the Taliban are talking about here, would constitute clear gross abuses of human rights, and we stand firm with the international community to hold perpetrators of any such abuses accountable," Mr Price said at a press briefing.

This statement comes after media reports emerged that the Taliban's official in charge of prisons and former justice minister of Afghanistan, Mullah Nooruddin Turabi, said punishments such as executions and amputations will resume in the country.

While extending support to Afghan people, Mr Price said that "the world is watching" them. "The international community is watching very closely. And together we have consistently emphasised the importance of respect for human rights and fundamental freedoms for any future government in Afghanistan."

After taking over Afghanistan and announcing the government in the troubled country, the Taliban regime faces the challenge of getting recognition. Aside from China, Pakistan and a handful of other countries, the rest of the world is taking a wait and watch policy concerning the conduct of the outfit.

The state department spokesperson further said the world is watching the Taliban very closely, and not just listening to the announcements that come out, but watching very closely as the Taliban conducts itself.

Lastly, Mr Price added the US has significant leverage when it comes to the Taliban and any future government of Afghanistan, "but we have all the more leverage when we work in coordination and in harmony with our allies and partners around the globe".
#Afghanistan