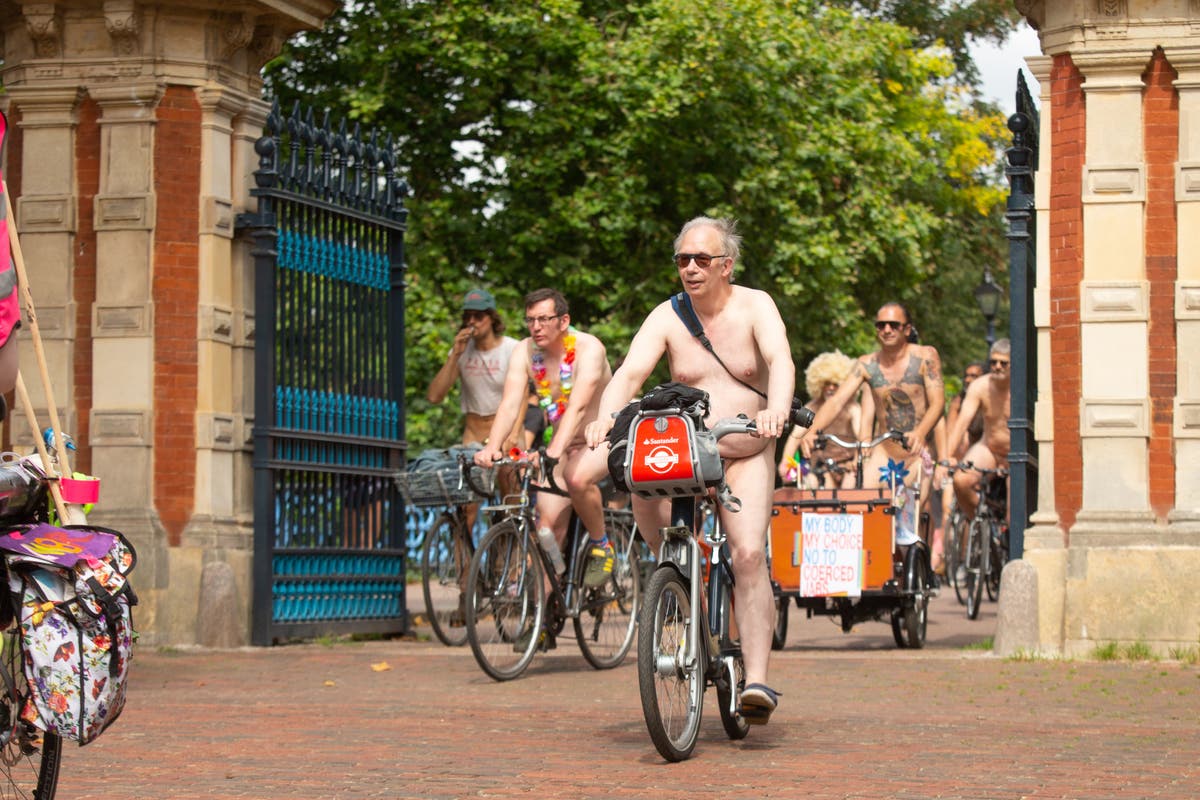 Hundreds of people cycled nude through the streets and parks of London during an annual environmental protest on Saturday.

Hundreds of people cycled nude through the streets and parks of London during an annual environmental protest on Saturday.

The different groups then cycled into central London before meeting together.

Most riders were completely nude, but some chose to wear underwear or decorate themselves in bodypaint for the event, which takes place in cities around the world. 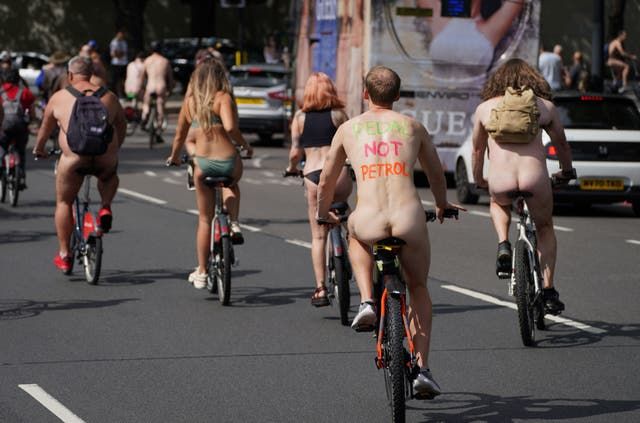 Thousands of people worldwide entered this year after the WNBR was cancelled in 2020.

The event was also rescheduled from its usual June date this year because of pandemic restrictions.

Precautions to prevent the spread of Covid-19 were still in place on Saturday and the afterparty for nude cyclists was cancelled. 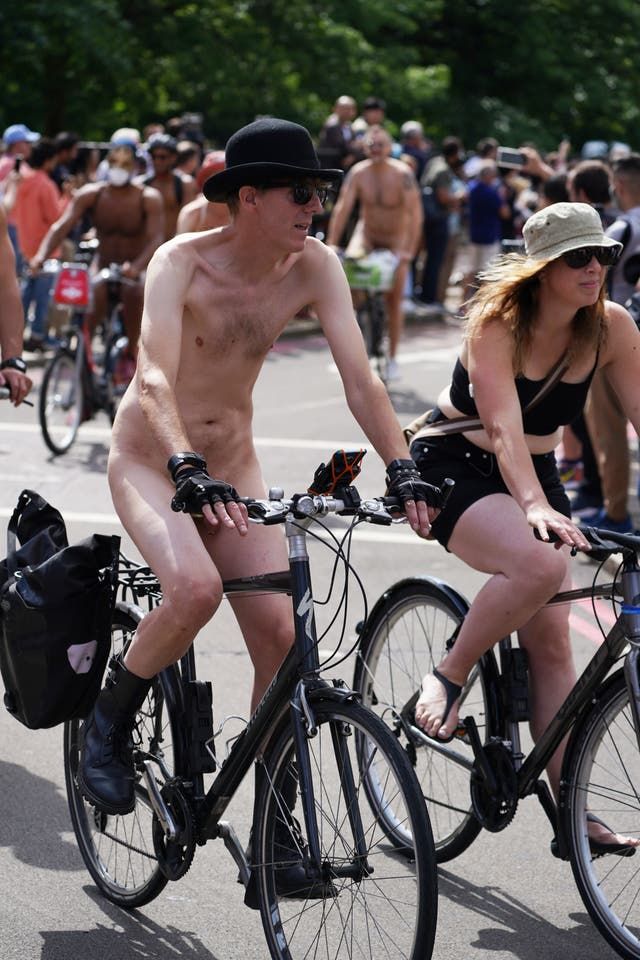 “After 26 months, WNBR London finally rides again on Saturday for the London leg,” a spokesman said.

“Supporters have been clamouring for the ride to go ahead and, with the removal of the 30-person restriction, the ride is back on.

“Despite the Government’s removal of measures, the ride will have many adjustments to reduce the risks from Covid-19. In particular, we are shortening the stationary gatherings and have cancelled the afterparty.”