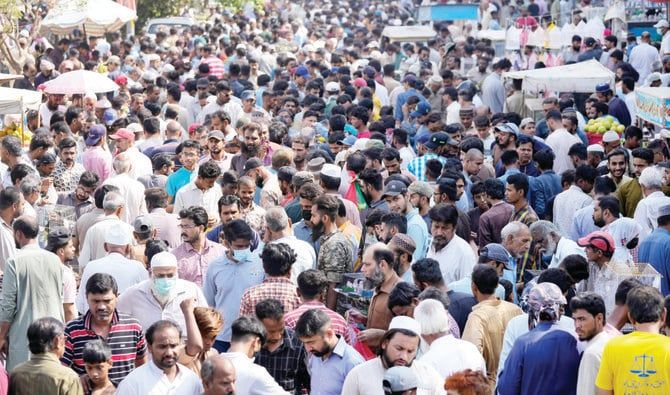 The world’s population is projected to hit an estimated 8 billion people on Tuesday, according to a United Nations projection, with much of the growth coming from developing nations in Africa.
Among them is Nigeria, where resources are already stretched to the limit. More than 15 million people in Lagos compete for everything from electricity to light their homes to spots on crowded buses, often for two-hour commutes each way in this sprawling megacity. Some Nigerian children set off for school as early as 5 a.m.

And over the next three decades, the West African nation’s population is expected to soar even more: From 216 million this year to 375 million, the UN says. That will make Nigeria the fourth-most populous country in the world after India, China and the United States.

“We are already overstretching what we have — the housing, roads, the hospitals, schools. Everything is overstretched,” said Gyang Dalyop, an urban planning and development consultant in Nigeria.

The UN’s Day of 8 Billion milestone on Tuesday is more symbolic than precise, officials are careful to note in a wide-ranging report released over the summer that makes some staggering projections.

The upward trend threatens to leave even more people in developing countries further behind, as governments struggle to provide enough classrooms and jobs for a rapidly growing number of youth, and food insecurity becomes an even more urgent problem.

Nigeria is among eight countries the UN says will account for more than half the world’s population growth between now and 2050 — along with fellow African nations Congo, Ethiopia and Tanzania.

“The population in many countries in sub-Saharan Africa is projected to double between 2022 and 2050, putting additional pressure on already strained resources and challenging policies aimed to reduce poverty and inequalities,” the UN report said.

Other countries rounding out the list with the fastest growing populations are Egypt, Pakistan, the Philippines and India, which is set to overtake China as the world’s most populous nation next year.

In Congo’s capital, Kinshasa, where more than 12 million people live, many families struggle to find affordable housing and pay school fees. While elementary pupils attend for free, older children’s chances depend on their parents’ incomes.

“My children took turns” going to school, said Luc Kyungu, a Kinshasa truck driver who has six children. “Two studied while others waited because of money. If I didn’t have so many children, they would have finished their studies on time.”

“There is also a greater pressure on the environment, increasing the challenges to food security that is also compounded by climate change,” said Dr. Srinath Reddy, president of the Public Health Foundation of India. “Reducing inequality while focusing on adapting and mitigating climate change should be where our policymakers’ focus should be.”

Still, experts say the bigger threat to the environment is consumption, which is highest in developed countries not undergoing big population increases.

“Global evidence shows that a small portion of the world’s people use most of the Earth’s resources and produce most of its greenhouse gas emissions,” said Poonam Muttreja, executive director of the Population Foundation of India. “Over the past 25 years, the richest 10 percent of the global population has been responsible for more than half of all carbon emissions.”