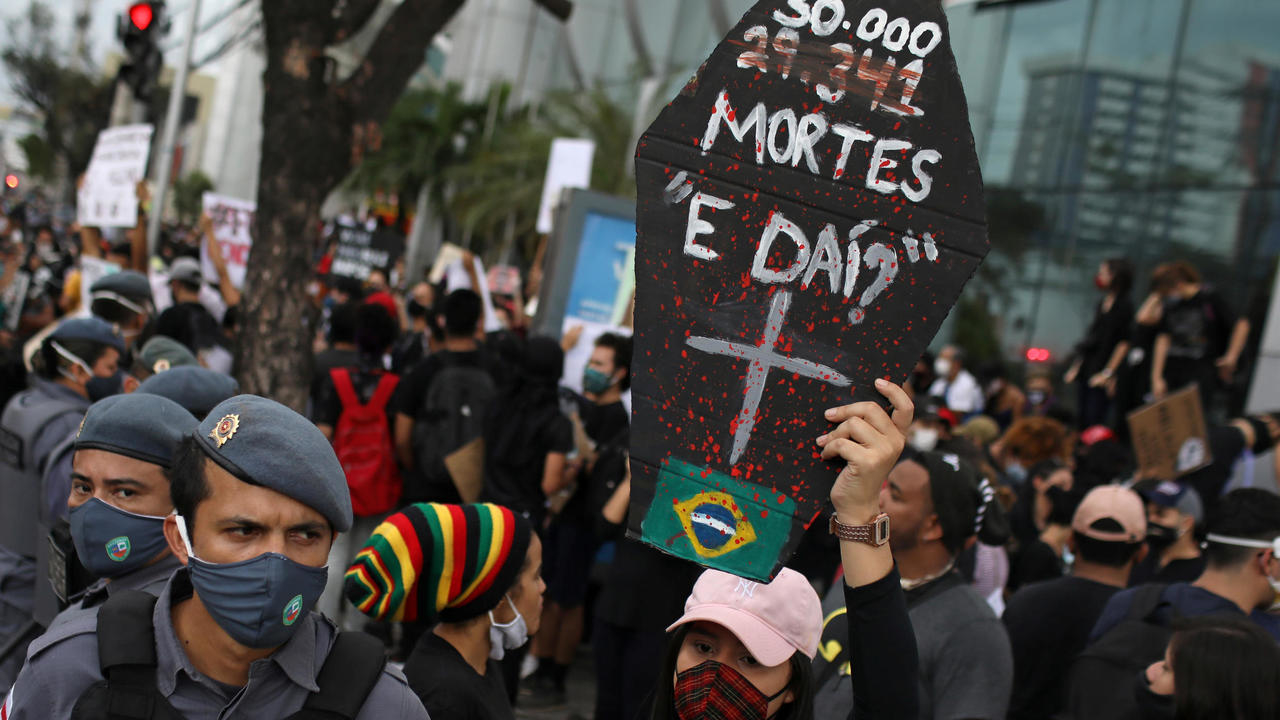 The World Health Organisation has warned the coronavirus situation is deteriorating worldwide, after a surge in Latin American countries saw the highest single day spike in cases so far.

Despite improvements in Europe, where countries are opening up again in time for summer, WHO chief Tedros Adhanom Ghebreyesus told a virtual news conference in Geneva that most people globally are still prone to infection.

"The biggest threat is now complacency … More than six months into this pandemic, this is not the time for any country to take its foot off the pedal," Tedros said.

"Although the situation in Europe is improving, globally it is worsening.”

With almost 7M #COVID19 cases & 400K deaths globally, this is not the time for any country to take its foot off the pedal. We urge active:
-surveillance to ensure the virus does not rebound
-finding, isolating, testing & caring for every case
-tracing & quarantining every contact https://t.co/B7po1dAN3F

More than 136,000 cases were reported to the WHO Sunday – 75 percent of which came from 10 countries in the Americas and South Asia.

Even though most African countries have fewer than 1,000 cases, Tedros warned the continent was still seeing an increase in cases.

Widespread protests against racism in the United States and European have led to fears of a second virus wave, with the WHO urging demonstrators to keep the pandemic in mind.

"WHO fully supports equality and the global movement against racism. We reject discrimination of all kinds,” Tedros said. "We encourage all those protesting around the world to do so safely.”

Figures from the Johns Hopkins University show more than 7 million people around the world have been infected by coronavirus. Of those more than 402,000 have died.

The United States is the worse-affected, with almost 2 million cases, followed by Brazil, Russia, the United Kingdom and India.