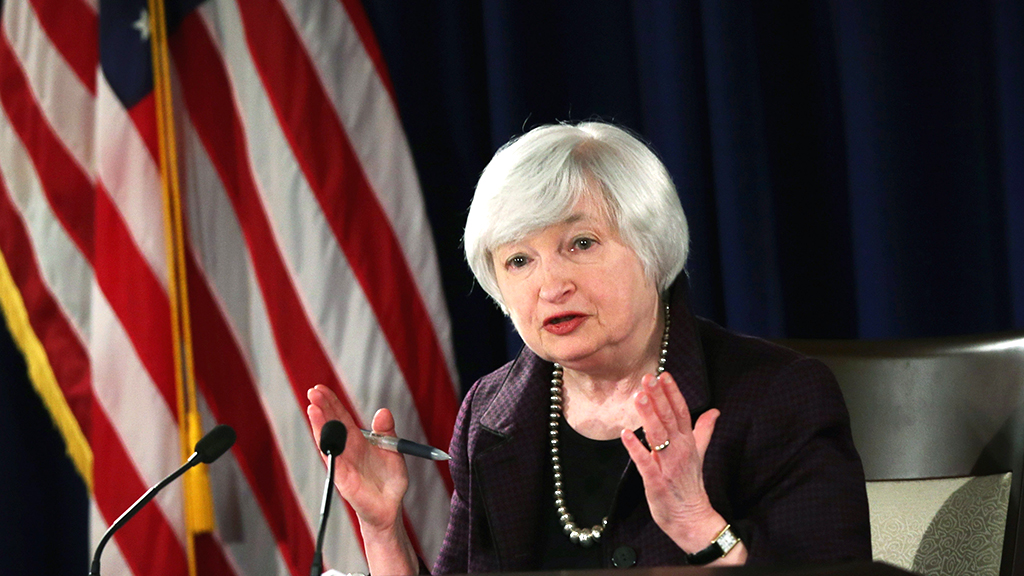 Yellen to push for global minimum tax rate on corporations

Treasury Secretary Janet Yellen on Monday made the case for a global minimum tax rate as she pushes President Biden's plan to increase levies on U.S. corporations in order to fund his $2.25 trillion spending proposal.

In a speech to the Chicago Council on Global Affairs, Yellen called for global coordination on taxes paid by multinational corporations — part of an effort to crack down on companies that relocate in search of lower rates. Yellen's comments were first reported by Axios.

"Competitiveness is about more than how U.S.-headquartered companies fare against other companies in global merger and acquisition bids," Yellen said. "It is about making sure that governments have stable tax systems that raise sufficient revenue to invest in essential public goods and respond to crises, and that all citizens fairly share the burden of financing government."

Yellen's remarks come as the Biden administration seeks to raise the rate paid by American corporations from 21% to 28%, one of the ways the White House plans to pay for the so-called American Jobs Plan, a sweeping, eight-year initiative that will make massive investments in the nation's roads and bridges, as well as transit systems, schools and hospitals.

Biden is also exploring raising the global minimum tax on U.S. corporations to 21% from about 13%.

But global rates have been falling in recent years, including in the U.S. In 2017, former President Donald Trump and congressional Republicans slashed the rate from 35% to 21%. Nine countries recently reduced their rates, and the average corporate rate in the G7 is 24%, according to the Tax Foundation.

"We are working with G20 nations to agree to a global minimum corporate tax rate that can stop the race to the bottom," she said.

The White House is already facing headwinds over the proposed tax hikes: Both the U.S. Chamber of Commerce and Business Roundtable, which is comprised of CEOs from some of the nation's biggest companies, warned that forcing corporations to pay more in federal taxes would ultimately derail the economy's recovery from the coronavirus pandemic.

Recent findings from the Tax Foundation show that Biden's plan to raise corporate taxes would reduce GDP, the broadest measure of goods and services produced in the country, by 0.8% and eliminate 159,000 jobs. It would also reduce workers' wages by 0.7%, the nonpartisan organization said.