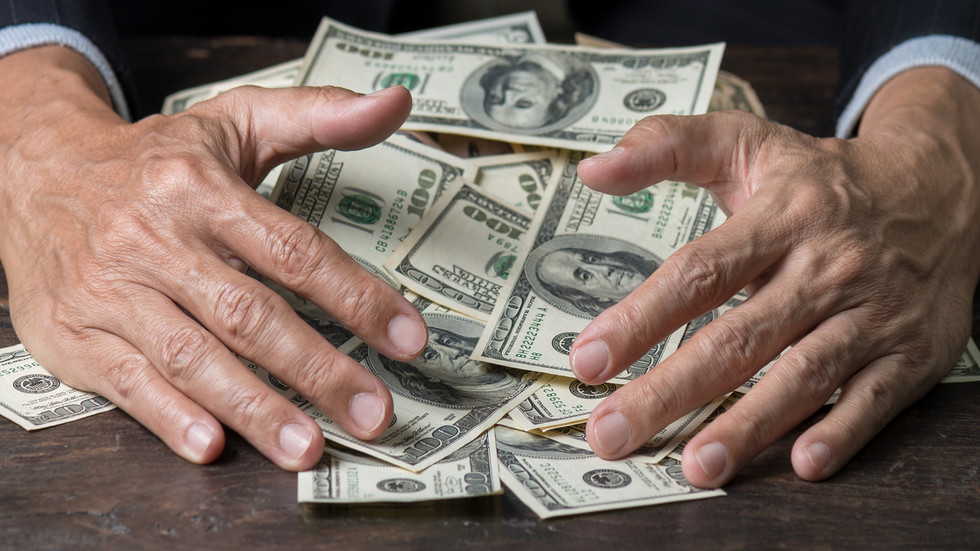 An open letter was recently published that was signed by more than 100 millionaires and billionaires, pleading to their class brethren – particularly those participating in the World Economic Forum’s recent online Davos summit – to adopt a fairer international tax system.
“To put it simply, restoring trust requires taxing the rich. The world – every country in it – must demand the rich pay their fair share,” the letter states. “Tax us, the rich, and tax us now.” In its conclusion, the letter adds a pretty astute assessment of the situation we face around the world. This is not a group of self-hating rich folk but rational-minded people looking to protect their own self-interest, as convoluted as that might sound.

“History paints a pretty bleak picture of what the endgame of extremely unequal societies looks like. For all our well-being – rich and poor alike – it’s time to confront inequality and choose to tax the rich. Show the people of the world that you deserve their trust,” the letter continues. “If you don’t, then all the private talks won’t change what’s coming – it’s taxes or pitchforks. Let’s listen to history and choose wisely.”

What the signatories are talking about is the fact that global capitalism has ratcheted up inequality, its primary contradiction, to a point that it is unlikely to be able to sustain itself much longer. This was already a huge problem prior to 1Covid1-19, but it has only got worse.

As Oxfam found in a report published earlier this month, the 10 richest men in the world have doubled their cumulative fortune from $700 billion to $1.5 trillion since the start of the pandemic. A new billionaire was created once every 26 hours from March 2020 to November 2021, it found.

But, on the flip side, according to Oxfam, more than 160 million people are so far estimated to have slipped beneath the poverty line. This egregious inequality, the report says, is responsible for more than 21,000 deaths per day.

Separately, the World Bank said in a report in September last year that the incomes of the bottom 40% globally fell by 6.7% compared to pre-pandemic projections. Inflation is surely eating away at wages even more at this point.

A major driver of this inequality has been the tax system. For example, in the United States, former President Donald Trump’s signature tax cuts to the wealthy and corporations created fertile ground for the pandemic hand-up. The Trump tax cuts lowered the corporate tax rate by 40% and, in its first year, doubled the number of companies paying zero taxes from 30 to 60. This included major firms such as Amazon.com Inc., Netflix Inc., Chevron Corp., Eli Lilly and Co., and Deere & Co., some of which have faced heavy criticism over working conditions.

The Trump estate tax cut – essentially a giveaway to the ultra-rich – triggered a 50% nosedive in IRS revenue from wealthy individuals, according to a Bloomberg report. This figure went from around $20 billion to just over $9 billion in 2020.

So, what can be done? Well, there’s already been talk about a global minimum tax. Late last year, the Organisation for Economic Co-operation and Development put forward a “two-pillar” solution, following an agreement by G20 countries in October 2021. This will establish a 15% minimum global tax by 2023 – however, analysis from Reuters found that there are glaring, billion-dollar loopholes such as “profit shifting” across countries – a strategy now widely used by major tech companies.

Fortunately, a detailed report by Oxfam, the Fighting Inequality Alliance, the Institute for Policy Studies, and the Patriotic Millionaires has found that a simple wealth tax on the global ultra-rich could raise over $2.5 trillion each year. This would have a graduated rate structure, with a 2% tax on wealth over $5 million, 3% on wealth over $50 million, and 5% on wealth over $1 billion.

The bottom line? This would be enough money to lift 2.3 billion people out of poverty, vaccinate everyone in the world, and ensure the likes of universal healthcare and a social safety net for everyone in low- and lower-middle-income countries, which covers about 3.6 billion people.

This seems a pretty easy fix to save capitalism from itself.

However, the discussion deserves further reflection, given that it wouldn’t be just poorer people who would benefit, but everyone – including the ultra-wealthy. First of all, it’s important to realize that ultra-wealth is not actually cash in hand, in many cases. The world’s richest man, Elon Musk, derives his fortune from stock holdings, namely Tesla, the company he acts as CEO for, and has admitted in court filings that he has debt against this stock.

In his own words, people like him are just in charge of huge “capital allocation” – and that is a responsibility, which no doubt induces massive stress, that no one person should have.

Second of all, there’s a reason why most billionaires live much of their lives in secrecy. They’re not the most popular individuals – and rightfully so, since their wealth often comes from exploitation. Maybe this is why people such as Musk and Jeff Bezos want to escape to another planet, Mark Zuckerberg is trying to create an alternative reality, Bill Gates spends a fortune in the media to make people like him, and Jack Dorsey is delving into ancient meditation practices.

Even your average, everyday millionaires – which actually works out to be quite a lot of older folks, at least in the US – have persistent stress and anxiety. The tension in society is omnipresent.

But, finally, the thing is that even if these guys weren’t in these roles, someone else would be. You can take that to the bank, since their stock-dependent wealth means they are bound by shareholders to juice profits by any means.

In the end, we are not talking about a moral failing of individuals, but a systemic issue that requires a systemic response, namely redistributive policies – otherwise, bring on those pitchforks.

Hats off to the signatories of that open letter who have the wherewithal to see the proverbial writing on the wall.
#Mark Zuckerberg  #Donald Trump  #Bill Gates  #Elon Musk  #COVID-19  #Covid  #Tesla