The top German Court has forced Mark Zuckerberg to relax the communist mind-set he get at home, by reminding him that Germany is not the USA, but is instead a real democracy. In a landmark ruling, the German Federal Court of Justice has prohibited Facebook from suspending user accounts without prior notice. In addition, when suspending accounts the social network must first state the reason and provide the opportunity to appeal.

Germany has forced Facebook to respect the democracy that the USA has clearly lost.

The German Federal Court ruled that the social network giant can't delete posts without at least informing users, and must give users advance notice when it moves to suspend their accounts.

The Karlsruhe-based Court said that while Facebook had the right to decide what stays on or is taken off the platform, it needs to be more forthcoming with users on how it does so. The court found that the social media company did not inform two users that it had removed their posts. It added that the company should have also informed and given users an opportunity to respond before suspending them from its platform.

“Provisions in general terms and conditions are ineffective if they unreasonably disadvantage the contractual partner of the user contrary to the requirements of good faith,” said the court.

Facebook will not be allowed to delete the posts again after they are reinstated.

This is not USA. Germany is a democracy!

The federal court of justice considered two cases dating back to August 2018 in which Facebook deleted comments taking aim at Muslim migrants and people of immigrant origin and suspended the users' accounts. It ordered the company to restore the posts.

The court found that Facebook wasn't entitled to delete the posts and suspend the accounts under its April 2018 conditions of use, which barred users from violating "community standards" and banned "hate speech," which it did not define more precisely. It said that "users of the network are inappropriately disadvantaged, contrary to the requirement of good faith."

Facebook is entitled in principle to set standards that go above and beyond legal requirements and to reserve the right to delete posts and suspend accounts, the court said. But it must commit itself to informing a user at least after the event about the removal of a post, and to giving advance notice of plans to suspend an account, giving the user a reason for the suspension and the possibility to respond.

The case in question is from 2018, when Facebook removed posts in which two German users attacked migrants because it said the posts violated its policy on hate speech, and then suspended the users’ accounts for several days. The users complained that the posts' removal was a violation of free speech.

“Individuals are finding a voice against platforms here with the help of a court, this is a really important decision because it shows how individuals can exercise their rights and that nobody is above the law,” Matthias Kettemann, a lead researcher on platform law at the Leibniz Institute for Media Research.

European lawmakers are currently working on a bill to force tech companies to better moderate their platforms. The bill, called the Digital Services Act, would also force social media platforms to be more transparent about how they police their platforms and allow users to challenge companies’ decisions on their posts.

“Users should understand why platforms make decisions and have options to appeal them and see their content reinstated in case that platforms make mistakes,” said Christoph Schmon, international policy director for the Electronic Frontier Foundation, a digital rights group.

“The judgement will certainly have some impact on future amendments and ideas that some (political) groups will try to push forward within the Digital Services Act,” said Eliška Pírková, Europe policy analyst at digital rights association Access Now.

Still, she cautioned against overestimating the impact of the case on the EU bill.

“We are seeing members of the European Parliament being influenced rather by the national regulations or legislative proposals, within their own member states, than by the decisions of courts,” she said.

“The court case is an acknowledgement that rules for content moderation have so far been, in most cases, unilaterally decided and set by the tech platforms, and now it’s very clear that there are limits.”

Mark Zuckerberg, brainwashed by his home education camp, does not even understand why censorship is right for China but wrong elsewhere.

“We welcome the ruling of the Court, which upholds the principle that platforms like ours are allowed to remove hate speech according to company policies and block the respective user accounts,” said a Facebook spokesperson. This statement was obviously in denial of the facts, as if the verdict had not ordered Facebook to stop their totalitarian and anti-democratic policy to deplatform legitimate users just because their legitimate opinions did not support Facebook's political and commercial agenda.

However, it's apparent that this is something which Mr Zuckerberg’s home education camp forgot to make clear, so the German Court is trying to fix it.

Facebook has failed to realize that not everyone who thinks otherwise, or even the opposite, is an enemy or a hater.

Mark Zuckerberg and Sheryl Sandberg seem to have forgotten that once the censorship dam was breached, it would end in another Holocaust.

Because the real danger to the United States is not a bunch of hooligans who went way too far in their freedom of protest on Capitol Hill, but the delegitimization, demonization and deplatforming, a-la-1939 style, against the eighty million citizens who dared not to endorse the ruling party.

As Mr. Bach once said:

The adoption of Chinese rule of law, seemingly the objective of Mr Zuckerberg and his cohorts, greatly jeopardizes the success of the West.  By the same token, it would be a great mistake for China to abandon its economic prosperity and social security in favor of too-rapid an adoption of the liberal practices of the West, before the Chinese economy and society have matured and are ready for fewer controls.

China, impressively, is trying to maintain a delicate balance between communism and capitalism. On the other hand the West has lost its balance and looks to be falling off its perch. lt has relinquished its hard-won democratic values ​​in favor of ruthless thought-control and destructive political "correctness", driven and enforced by the tyranny of the new media oligarchy.  The West is quickly falling back to the days of McCarthyism and earlier, nastier Inquisitions. Who knows what comes next: Crusaders, Colonialism ..... cannibalism?

Anyone who does not like Trump is happy that this new-age censorship has silenced eighty million noisy and bothersome Americans. I'm not sure they'll be as happy when the wheel turns and the other side uses this terrifying new "legitimacy" to do the same to them.

The United States seems not to understand this. It's good that Germany has not forgotten it. 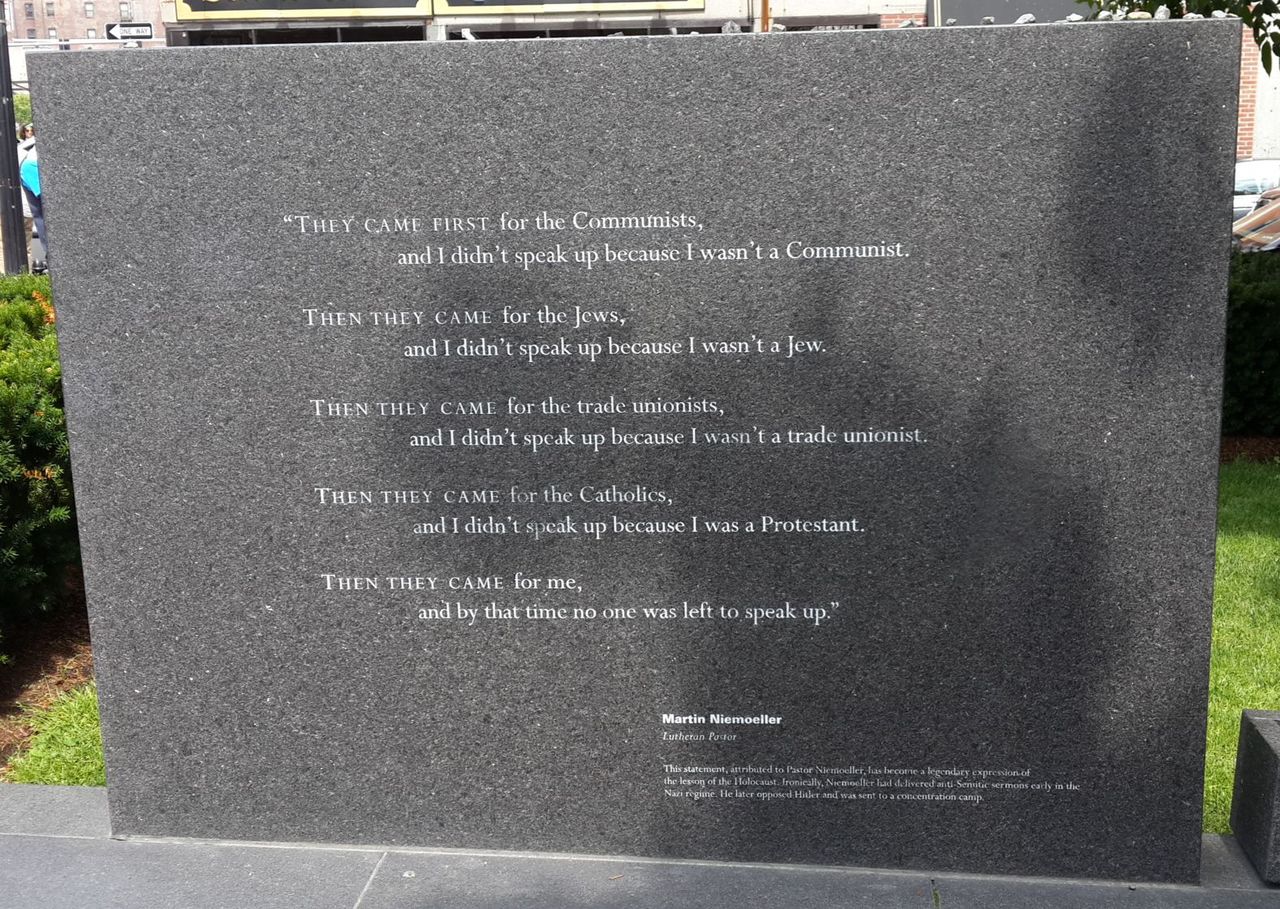