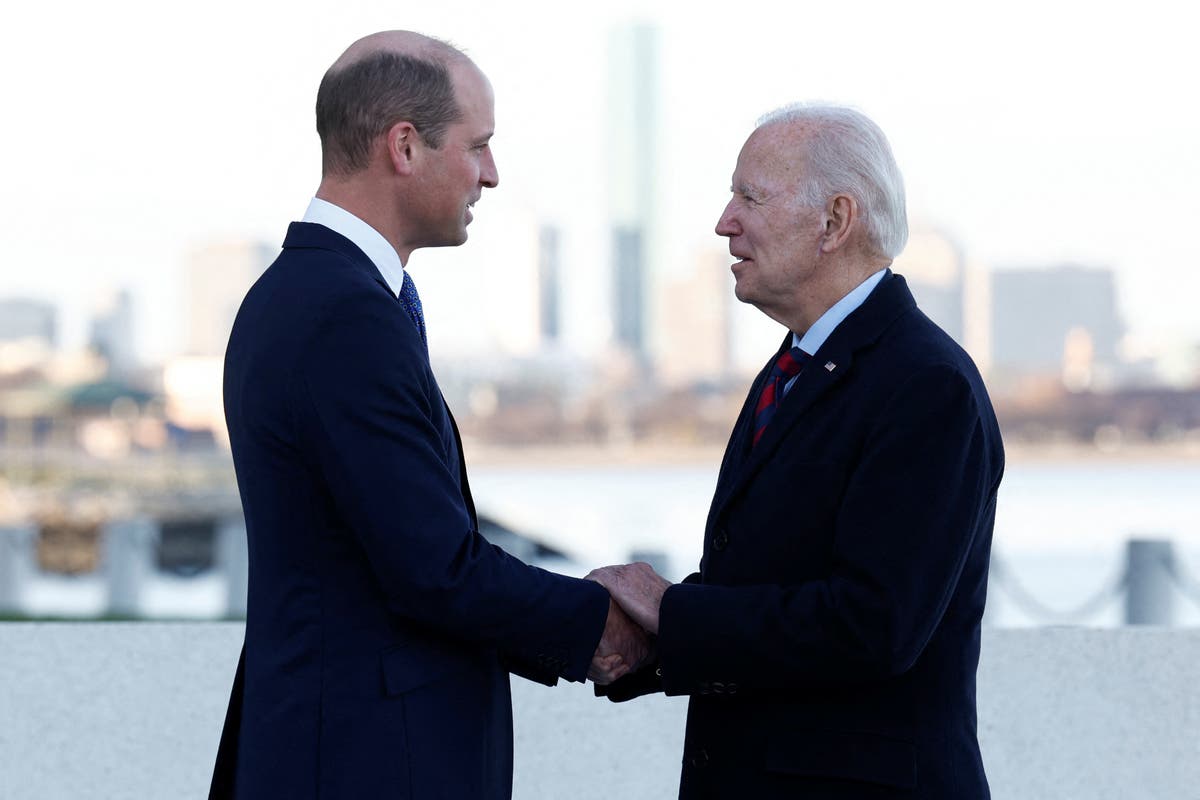 The Prince of Wales met the leader of the free world on Friday after President Biden made a detour to say hello ahead of his Earthshot Prize awards.

Royal aides only discovered in recent days that the US leader would be in Boston at the same time and were delighted when the White House said he would like to make time to speak in person.

As the royal already had an engagement at the John F Kennedy Presidential Library and Museum with Caroline Kennedy, JFK’s only surviving child, President Biden even offered to come to him.

The two men met in a picturesque spot outside the library at Columbia Point, overlooking Boston Harbour, under crisp and cold winter skies.

In the distance a band of protestors could be heard shouting slogans regarding the President.

President Biden arrived in an extensive convoy before making his way down to the harbourside on foot, remarking to journalists: “It’s a bit cold, right.”

He was invited to stand on an ‘ x’ marked out on the ground and waited patiently for a few seconds before William walked down from the library where he had just had lunch with Ambassador Kennedy and representatives from the Earthshot Prize. 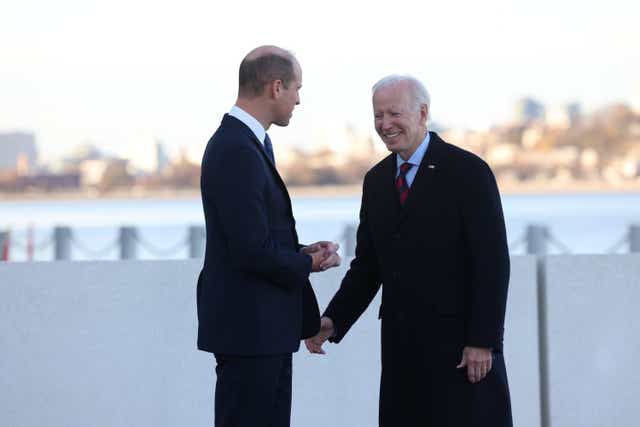 The two were in good spirits

“Where’s your top coat?” he called out to the prince as he approached. William - wearing just his suit - laughed and smiled.

The two men shook hands, with Biden clasping onto the prince’s as they spoke about the ‘spectacular setting’.

After around two minutes they were invited to make their way into the library for private talks, walking by the harbour railing to take in the view.

It is understood that President Biden had juggled his diary to make around half an hour to spare.

Earlier a spokesman for the Prince of Wales said he had been looking forward to meeting the President at the JFK library.

He added: “During the meeting the Prince of Wales is likely to discuss tonight’s Earthshot Prize ceremony, taking place at the MGM Music Hall.

“The Prince will share the legacy of last year’s finalists and the impact they’re having globally.‘He’s also keen to express his thanks to the American people for the warm reception he and the Princess have received this week.”
#Prince William