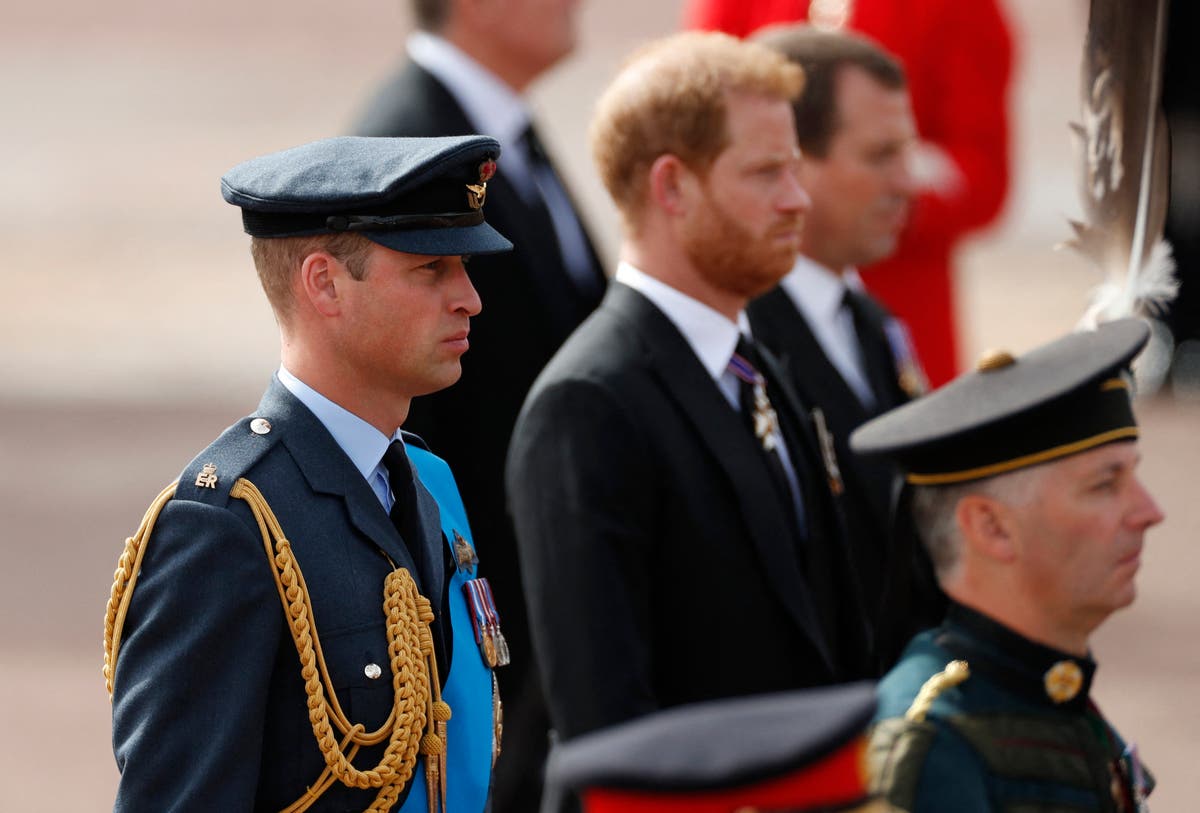 Prince William ‘will never make up with Harry after Netflix show’, report claims

Prince Harry and wife Meghan have heavily criticised the royal family
Prince William is unlikely to ever make up with his brother following his bombshell Netflix documentary, according to reports.

William, 40, is said to be angry over the “disrespect” he feels the Duke of Sussex showed to the Queen by making damaging public allegations about the royals while she was alive.

Sources told the Daily Mail that the release of the Netflix documentary has soured relations even more.

The Prince of Wales has reportedly not yet seen the show but plans to do so in future.

“All relationships are built on trust but for members of the Royal Family, who live their life in the spotlight, doubly so,” a friend told the paper.

“The prince is a very private man and what Harry is doing is the anathema of everything he believes.

“On that alone, many believe it is unlikely he will ever be able to repair his relationship with them.”

It comes after William revealed he lost a close friend in Kenya on the day the Netflix show first aired.

In his first public comments since the show, the Prince of Wales tweeted: “Yesterday, I lost a friend, who dedicated his life to protecting wildlife in some of East Africa’s most renowned national parks. Mark Jenkins, and his son Peter, were tragically killed when flying over Tsavo National Park while conducting an aerial patrol.

“Tonight, I’m thinking about Mark’s wife, family and colleagues who’ve sadly lost a man we all loved and admired.”

In the Netflix show, titled Harry & Meghan, Prince Harry suggests members of the royal family do not marry for love in an apparent swipe at his brother and King Charles.

He said: “I think, for so many people in the family, especially obviously the men, there can be a temptation or an urge to marry someone who would fit the mould, as opposed to somebody who you perhaps are destined to be with.”

Harry describes the institution of the royal family as having a ‘huge level of unconscious bias’, suggesting members are sometimes unaware of their racist behaviours.

In another segment, Harry speaks of his trauma after his mother’s death in a car crash in 1997 when he was 12.

It includes two clips of Princess Diana’s 1995 Panorama interview, which could heighten tensions with Prince William, who has insisted it should never be aired again.

In what is perceived as criticism of the King’s parenting, the duke also speaks of trying to cope with his grief “without much support or help or guidance”.
#Prince William